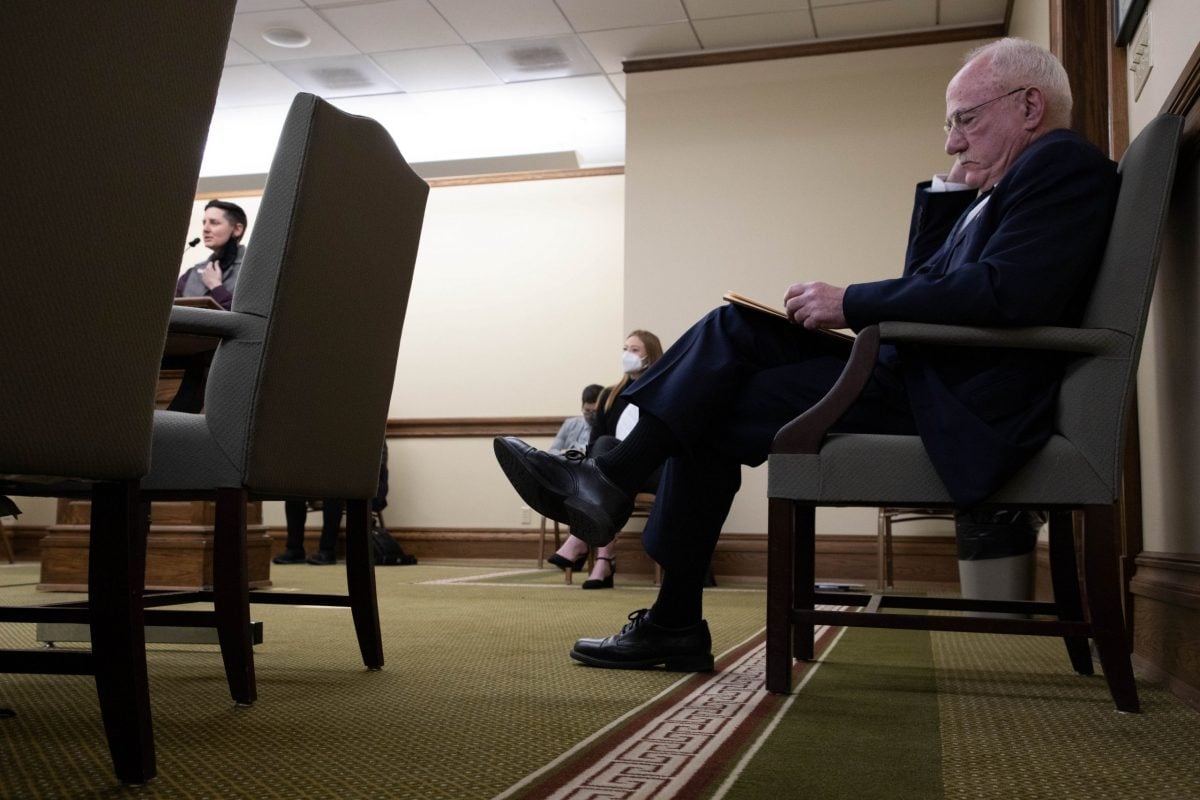 HELENA — In a tense and emotionally charged floor session, the Montana House on Monday passed four bills seeking to curtail abortion access and two that restrict the rights of transgender youth and athletes. In the matters of reproductive health care, the bills passed along party lines, 67-33. Only a handful of Republicans sided with Democrats in opposition to the proposals concerning transgender people.

House Bills 136, 140, 171 and 167 are the first of many anticipated proposals attempting to chip away at the legal right to receive an abortion in Montana. The measures, respectively, would restrict women from having abortions after 20 weeks of pregnancy, require providers to offer patients an ultrasound before a procedure, create strict standards for providing medical abortions early in pregnancy, and create a ballot referendum that would heighten punishments for health care professionals found not to have provided life-sustaining care for newborns.

Republicans have touted the advancement of the bills early in the session as an example of their party’s motivation to represent priorities of conservative voters.

“Montanans respect life, ethical medical practices, and allowing women to fully consent to medical decisions,” said House Majority Leader Sue Vinton, R-Billings, in a statement before the vote. “These bills will protect the health and safety of pregnant women and their unborn children, and also give women the respect that they deserve when making serious medical decisions.”

Democrats and advocates for abortion access slammed the bills, which were introduced and passed through the House Judiciary Committee last week, as part of a misguided agenda that will hurt Montanans and medical providers.

“Nearly a month into the 67th Legislature, as Montanans are in desperate need of an economic recovery plan that lifts up small businesses and creates jobs, Republicans have instead remained hell-bent on attacking the freedoms of Montana women and children,” said House Minority Leader Kim Abbott in a statement posted on Twitter. “[Democrats] will continue to lead with solutions, and relentlessly oppose attacks on Montanans’ freedom, today and always.”

House Bills 112 and 113, carried by Rep. John Fuller, R-Whitefish, would prohibit transgender women and girls from participating on women’s interscholastic sports teams and bar medical providers from prescribing a variety of treatments for youth with gender dysphoria, including puberty suppressants and hormone therapy. The first bill passed the House 62-38, with only five Republicans opposing. The second passed by a smaller margin, 53-47.

Speaking in favor of the bills, several proponents asserted misleading ideas about transgender people, including the possibility that minors may come to regret consenting to medical treatments.

“A child exhibiting similar body dissatisfaction needs care, compassion, counseling and guidance, addressing the real cause of the distress,” Fuller said in his introductory statement to HB 113. He compared young people with gender dysphoria to a mentally ill veterans asking for major, non-medically necessary treatment, maintaining that a health care provider would not take that request seriously.

“Every child deserves a natural childhood, one that allows them to experience puberty and other normal changes that shape who they will become,” he continued.

A growing body of research presents evidence to support that gender-affirming health care, including temporarily suppressing puberty and eventually prescribing hormone treatments, can decrease the risks of depression, anxiety and suicide in young trans and nonbinary people.

During committee hearings, transgender Montanans and their allies stressed the importance of accessing gender-affirming medical care, as well as the ability for trans youth and students to participate in sports that align with their gender identity. Opponents of both bills, speaking on the House floor Monday, echoed those concerns.

“Our work here is to ensure all Montanans, including trans and nonbinary youth, have the ability to live with dignity and respect and have access to opportunities and resources that will let them thrive,” said Rep. Alice Buckley, D-Bozeman. “This bill is harmful … It further excludes and marginalizes a group of kids who are already facing bullying, discrimination and depression.”

After a third reading in the House, considered procedural at this point, the slate of bills will go to the Senate Judiciary Committee for consideration. Those hearing dates have not been scheduled.