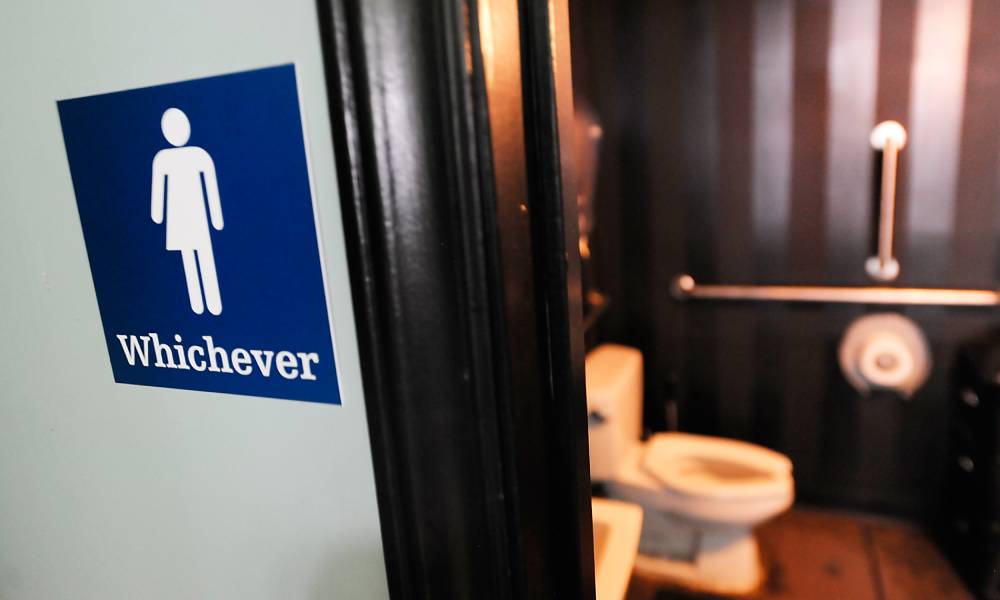 A gender neutral sign is posted outside a bathrooms at Oval Park Grill on 11 May 2016 in Durham, North Carolina. (Photo by Sara D. Davis/Getty Images)

A Tennessee bill would require businesses to post signs to notify customers if it allows transgender people to use public bathrooms in its facilities.

HB 1182, which was approved by the state’s House of Representatives on Monday (29 March), would require businesses to put up notices saying they let members of “either biological sex” have access to public restrooms.

The bill requires any “public or private entity or business” in Tennessee that “operates a building or facility open to the general public” to “post notice” at the “entrance of each public restroom” and the “entrance to the building” of its policy to allow a “member of either biological sex to use any public restroom within the building or facility”.

HB 1182, which was proposed by Republican congressman Tim Rudd, would require businesses to post a notice that states: “This facility maintains a policy of allowing the use of restrooms by either biological sex, regardless of the designation on the restroom”.

This signage would not be required for unisex, single-occupant restrooms or family restrooms “intended for use by either biological sex”.

Rudd told local news channel WVLT that the bill was introduced for the “protection of women and children against sexual predators that could be taking advantage of policies, executive orders or legislation that may allow the opposite sex to enter a restroom, shower or locker that allows more than one person in the facility at a time”.

He argued the bill was not aimed at trans people.

The Human Rights Campaign (HRC) argued this bill and other anti-trans legislation in Tennessee are part of the 2021 “slate of hate” pushed by anti-equality groups and lawmakers to “sow fear and division” in the state. The organisation cited governor Bill Lee signing the anti-trans sports bill into law last Friday (27 March).

The state is also debating another anti-trans bathroom bill that would allow cisgender students to sue a school if they are ‘forced’ to share school facilities with trans students.

“Denying transgender people the ability to play sports or access the bathroom consistent with their gender identity is part of a pernicious, degrading and systematic attempt to dehumanise one of our most vulnerable communities,” Gutiérrez said.