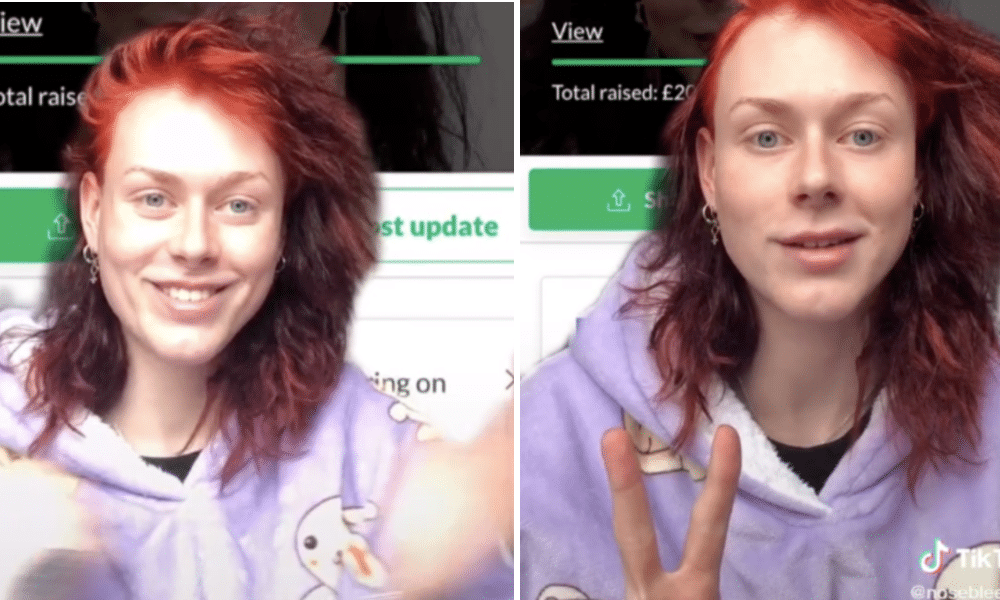 Fans came out in force for trans TikTok star Nosebleedfitz, donating an incredible £20,000 for her gender transition fund.

19-year-old Bella Misandria Wardle Fitzpatrick came out as trans in February 2019 and has been sharing her journey with her 546,000 followers on TikTok since then.

She created a GoFundMe page in January to help pay for her upcoming procedures – and in under three months her generous fans had raised enough money to fund her entire transition, including hormones and any surgeries she chooses to have.

“My socks have just been blown completely off,” she told the Daily Star. “I truly can’t thank everyone enough for donating. My entire transition has been paid for.”

After reaching her target last week she posted a video offering a “big fat f**king thank you” to everyone who pitched in. “It’s just so f**king lovely,” she said.

@nosebleedfitzI can’t thank you enough. You’ve given me my entire LIFE and for that I will never be able to verbalise my gratitude.❤️ oh my god♬ Home – Edith Whiskers

Fitzpatrick has now begun her transition process with her first appointment at a gender clinic, bypassing NHS waiting lists which are currently estimated to be between three and six years.

The Carlisle-based influencer acknowledged how lucky she is to have such support, which the majority of trans youth are unable to access.

“I know I’m very privileged to have the platform that I have, and having such a high following for around eight months before I made the page definitely helped,” she said.

“I want everyone to know just how much I appreciate it. I’ve never directly asked anyone to donate to it, I just made the page and everyone has been amazing and so supportive.”

Fitzpatrick said there was “never a question” about whether her gender identity would be supported by her fans or her family, and everyone she has come out to has been “completely amazing about it”.