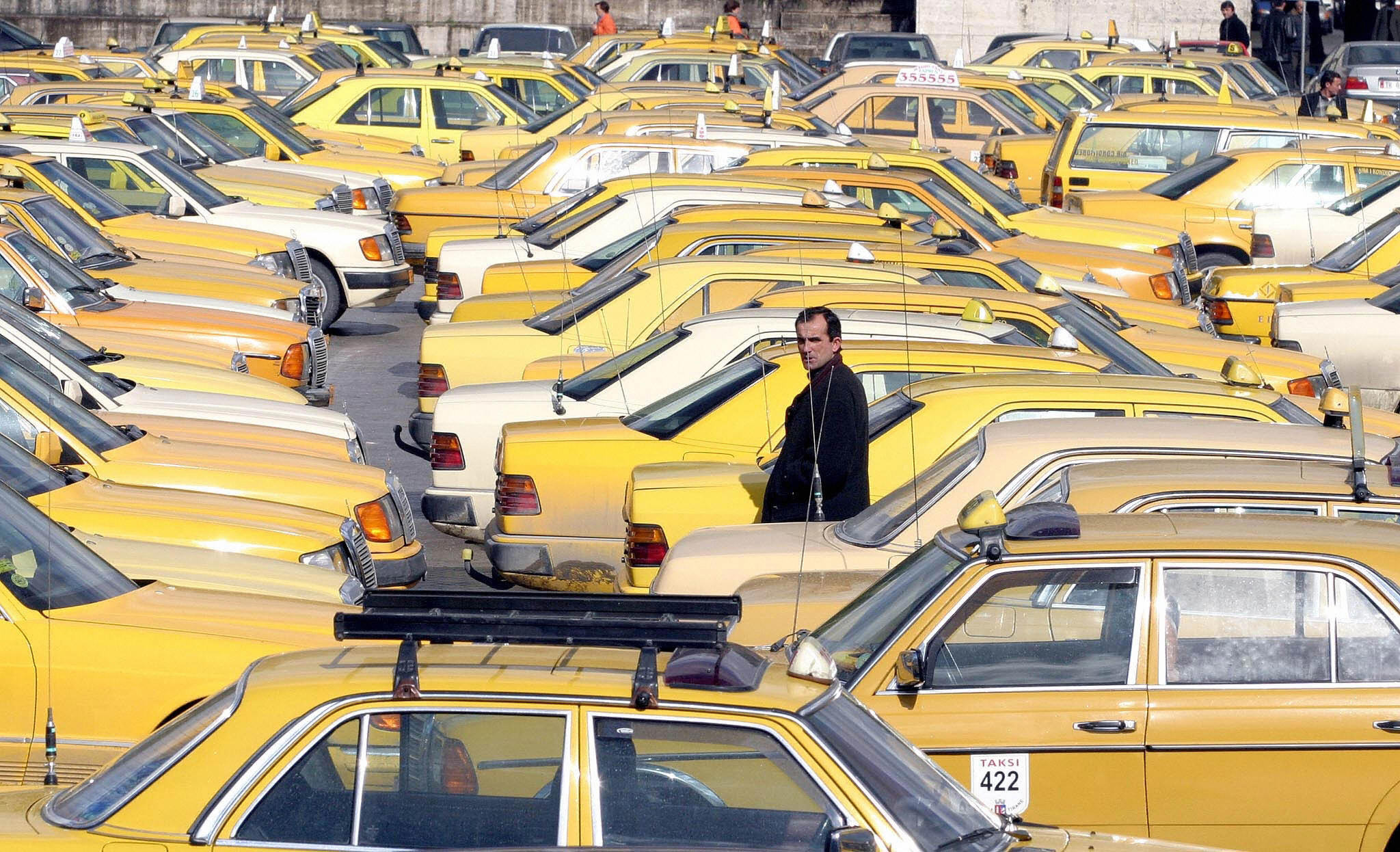 An Albanian taxi driver walks by hundreds of parked cabs in a central square of Tirana during a demonstration, 27 February 2004. (GENT SHKULLAKU/AFP via Getty Images)

LGBT+ rights groups have filed a discrimination complaint against a taxi company in Albania that refused to carry a transgender passenger.

The Green Taxi company in the Albanian capital of Tirana refused to pick up a trans passenger because of their gender identity, say the LGBTI Alliance and Pro LGBT.

When the taxi company was questioned it reportedly said: “None of the drivers will take them. They cannot conceive to put a transvestite in their car.”

The two LGBT+ groups said that audio recordings they have of Green Taxi operators show that the company openly refuses to provide its service to members of the trans community.

“As reflected in the audio material, in the recent incident in Tirana, the taxi drivers of this company and the employees of the plant, openly refused to provide services to persons of the transgender community, using unacceptable language, which constitutes an open case of discrimination,” the groups said in a statement.

They have reported Green Taxi to the Commissioner for Protection from Discrimination as a result.

The statement added: “The transgender community is systematically exposed to violence and discrimination, which makes it extremely difficult to obtain services, both from public structures and services provided by private entities.

“Transgender individuals are citizens who, under the laws in force and the fundamental guarantees of any democratic state, deserve to enjoy effective equal rights, regardless of the rest of society. It is unacceptable for the personal convictions of some persons or of a company operating under national law in force to be placed before the rights guaranteed by the legal corpus.”

When Exit, an Albanian website, contacted Green Taxi to ask if they refused to serve trans passengers the company replied: “We don’t have that policy.”

When asked for a statement, Green Taxi advised “our manager will talk to you about this, wait for his reaction please”.