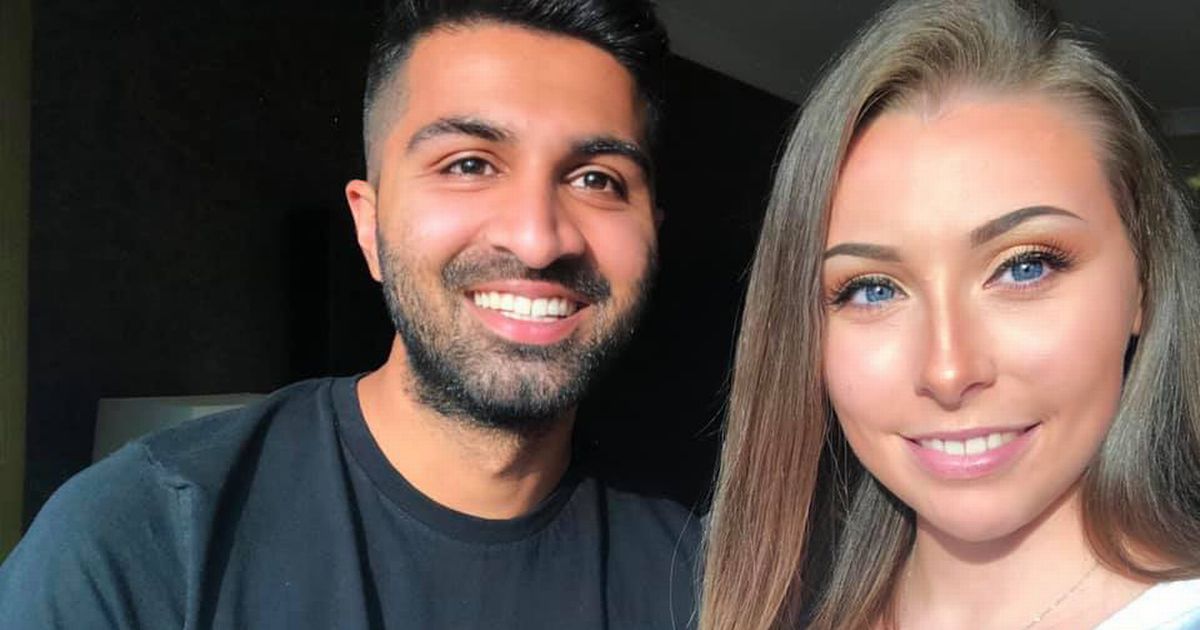 A businesswoman who threatened to kill her youngest son after finding out he was seeing "a white girl" has been spared jail.

Naveed Raza, a director of an Edinburgh property company, stalked her son Mohsin Raza, a 27-year-old pharmacist, bombarded him with texts and subjected him to to "emotional blackmail".

She also held a knife to her own throat, and told him he'd brought shame on his family after discovering his relationship with a young dispensary assistant, Caralyn Downie.

"Mohsin began a relationship with Miss Downie in March 2019, and this was to be kept secret from his family."

At the time, Mohsin was still living with his parents - Raza, 52, and 55-year-old Shahid Raza - in Livingston, West Lothian.

Miss Cunningham said that Mohsin realised that they had become suspicious around July 2019 after his mother rang his football coach asking what time he had attended training and when it had ended.

Miss Cunningham said: "Mohsin discussed this with Miss Downie, and both were even more careful not to be caught."

However on Sunday July 14th 2019, Mohsin returned home having been with Miss Downey.

Miss Cunningham said: "He could see his mother at the window, waiting for him.

"She confronted him and told him the relationship could not continue, and he was 'bringing shame on the family'."

Mohsin refused to end his relationship with Caralyn, whereupon his mother fetched "a large black-handled knife" from the kitchen.

Miss Cunningham said: "She stood in front of Mohsin and held the knife close to her chest pointing towards her chin.

"She told him he should use the knife on her as this was the only way he'd be allowed to continue the relationship.

"She went on to say she could not live with the shame of him being in a relationship with a white girl.

How to get the latest crime news with the Daily Record

The Daily Record and Sunday Mail have always been at the forefront when it comes to reporting crime in Scotland.

But did you know all the ways you can stay informed of the top crime and courts headlines?

We share live crime news and exclusive court stories as well as features and columns on historical cases, keeping our readers informed and updated across the country.

"Mohsin was terrified and was praying that his mother would put down the knife.

"He stood up and placed his hands on her shoulders and pleaded with her not to do anything with the knife."

She put the knife down, and Mohsin, described as "visibly upset and frightened", went outside and was driven off by Caralyn, who was waiting for him.

He then received "a constant bombardment" of texts and messages from his mother, and "various efforts at making him feel guilty through emotional blackmail".

She referred to Miss Downie as a "gori [white] b**ch", asking "why disappear with her?"

She added: "Allah kasam, if you don't get back tonight I'll find you and I'll kill you, I'm not joking.

"If this thing leaked I'll kill myself, and I won't let you live or the rest!!!!"

Another text stated: "At work, gori don't care, they'll talk and talk and that's gori history. But in our religion it's completely different, people won't ever let this go, and your mother would never let your father live, either."

It added: "We don't eat pork or have big dogs on our sofa or beds."

Raza also demanded he came home "without f**king ladyboy tattoo" - understood to be another derogatory reference to Miss Downie.

Mohsin eventually left home, and went to live with Miss Downie and her family in Bonnybridge, Stirlingshire.

After a further incident in which his parents turned up when he was parked outside Asda, Cumbernauld and he had no idea how they knew he was there. Police were called, Raza was arrested, and "made a number of admissions".

Solicitor Paul Sweeney, defending, said Mohsin was the youngest of Raza's three children -- the others were a 33-year-old lawyer and a 31-year-old accountant.

He said Raza, owner of a property company that deals with lets in Edinburgh, had spent three nights in police custody and two in Cornton Vale Prison after her August 2019 arrest and was "deeply embarrassed and ashamed at her behaviour".

"Mohsin is still engaged to Miss Downie and hopes to marry her in 2022.

"Mr and Mrs Raza wish to reconcile with Mohsin and have a positive relationship with Miss Downie going forwards. They are happy for Mohsin to have his own life."

He added: "This is a family that now needs to go away and be allowed to heal.

"Mohsin is about to embark on married life, and very much wants his parents and family to be part of that."

After the case, Raza and her husband ran from the court to evade a photographer, and without commenting to a reporter.

Don't miss the latest news from around Scotland and beyond - Sign up to our daily newsletter here.