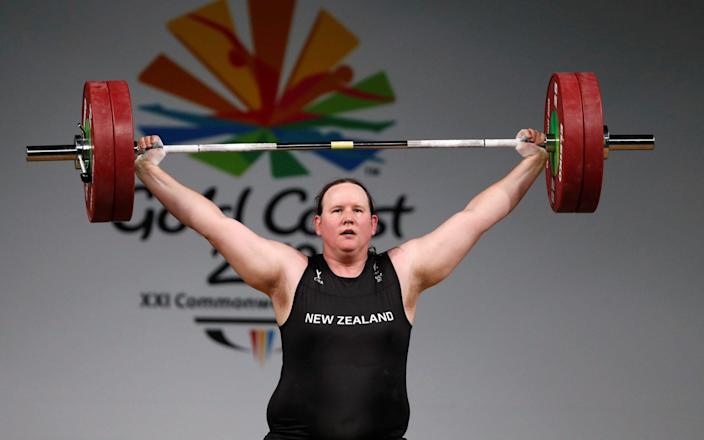 A leading Olympic advisor on trans athletes has admitted that history may judge it “less than ideal” to allow trans women to take part against women in events such as weightlifting.

Dr Joanna Harper, whose research fed into the International Olympic Committee’s decision to allow trans women athletes to compete against women, admitted her doubts just days before weightlifter Laurel Hubbard is set to make history on Monday by becoming the first openly trans woman to compete in a solo event at an Olympic Games.

Dr Harper, who is herself a transsexual woman, maintains that hormone treatment for trans women mitigates the advantages of strength they would enjoy competing against women in sporting events.

But speaking to Radio 4’s Woman’s Hour Dr Harper said: “In most sports, it is probably true that hormone therapy mitigates the advantages, enough. Now, most sports do not necessarily include Olympic weightlifting.

Asked if the IOC had “made a mistake” in allowing Hubbard to compete in the women’s category, Dr Harper replied: “I don’t believe so. I think that it is possible that history will say that this is a less than ideal decision, but I don’t think it’s a mistake.”

‘It doesn’t have to be equal to be fair’

Dr Harper admitted that having allowing transwomen to compete against cisgender women – whose gender identity matches the sex they were born with – may not create an “equal” field for all participants, but she insisted it is “fair.

She said: “It doesn’t have to be equal to be fair, all that needs to happen is that the extreme differences need to be mitigated to the point where we can have meaningful competition.”

In response to a question about whether trans women athletes’ advantages over women have been mitigated enough for the Olympics, Dr Harper said: “I’m not 100 per cent convinced, no, but I think that, again, the Olympics are happening, and I think that having Laurel Hubbard and other trans athletes in games is not markedly unfair.”

Her comments came as the IOC admitted that its current guidelines for transgender athletes are not fit for purpose and that it plans to release a new one within the next two months.

Dr Richard Budgett, the IOC’s medical and science director, said – in what appeared to be a notable shift in emphasis – that the science had progressed and that a new framework for sports would also focus on safety as well as fairness.

He maintained that inclusion remained important, and it would be up to each sport to find the “sweet spot” between safety, fairness and inclusion.

Hubbard, a 43-year-old New Zealander, is allowed by the IOC’s 2015 guidelines to compete in the women’s super-heavyweight category without surgery provided she takes medication to lower her testosterone to below 10 nanomoles per litre for 12 months.

But Dr Budgett has accepted that the 2015 guidelines are no longer backed by science, saying: “I absolutely accept that, things move on. At the time the 10 nanomoles per litre was set because we thought that was the lower level for men.

“We know now that they go down to seven and women can be higher as well. Agreeing on another number is almost impossible and possibly irrelevant. You can debate that endlessly.”

He said that the IOC would instead introduce a framework for individual sports federations to make their own decisions, stressing there was no “one size fits all” for sports.