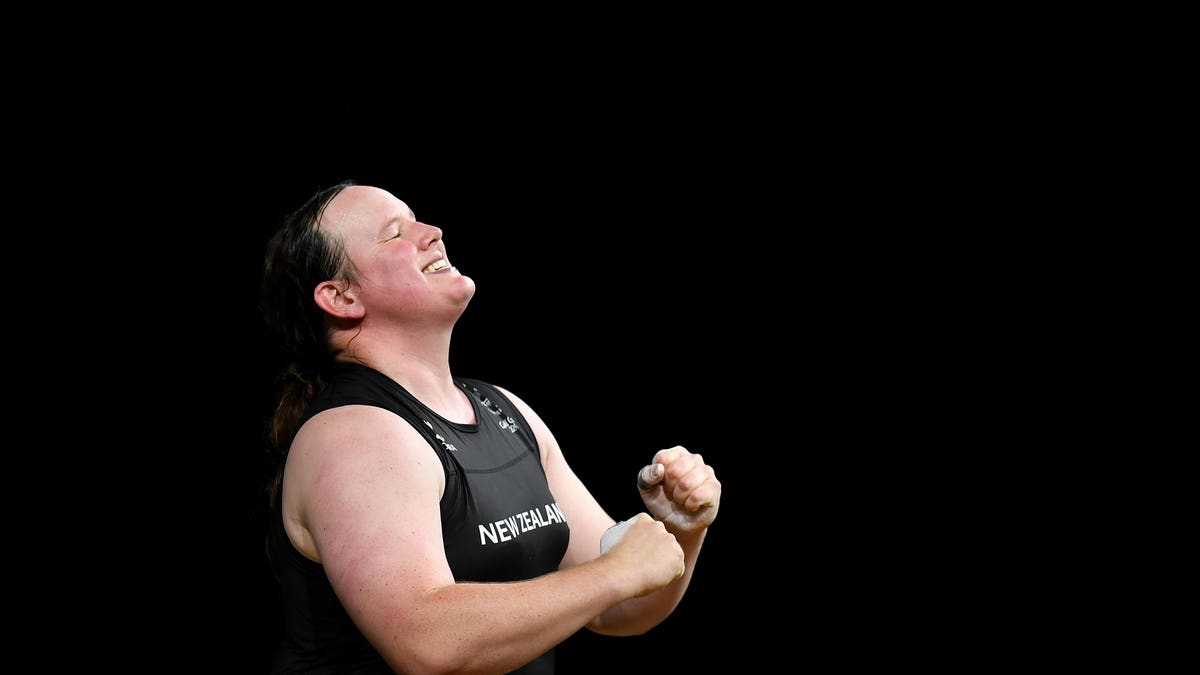 The Tokyo 2020 Games have the highest number of openly LGBT+ competitors ever, including several trailblazers making history as the first openly trans and nonbinary athletes to participate in an Olympic Games.

Quinn, a midfielder on the Canadian women’s soccer team who identifies as nonbinary and made history as the first openly transgender competitor in an Olympic Games, said they felt “proud” seeing their name on the lineup but “sad knowing there were Olympians before me unable to live their truth” and “aware of the realities” of discrimination and bias trans women face.

Alana Smith was the first openly nonbinary competitor to represent the U.S., placing last in women’s street skateboarding—on a skateboard emblazoned with they/them pronouns—but was “proud” of achieving their goal of being “a visual representation for humans like me.”

Cyclist Chelsea Wolfe, a reserve BMX rider for the American squad, is the first openly trans athlete to join the U.S. team, though she will only compete in Tokyo if one of the two qualifying squad members withdraw.

New Zealand weightlifter Laurel Hubbard is set to become the first openly trans woman to compete at the Olympics after breaking her arm while competing at the Commonwealth Games three years ago.

Hubbard said she is “grateful and humbled by the kindness and support” New Zealanders have given her and has kept a low profile in the lead up to the Games.

Despite meeting criteria set down by the International Olympic Committee—including demonstrating her testosterone level is below a set point—Hubbard’s participation has become a contentious topic, with many athletes and critics believing her to have an unfair advantage.

Under IOC rules, trans athletes have been allowed to compete in the Olympics since Athens hosted the Games in 2004. Four Games—in Athens, Beijing, London and Rio de Janeiro—and a rule change (permitting trans athletes to compete without undergoing surgery) later, Tokyo 2020 is making history with several openly trans and nonbinary competitors. Their inclusion, notably that of Hubbard and other trans women, has ignited fierce waves of backlash and many critics have argued that it is unfair and comes at the expense of other athletes. Typically, a distinction is made between gender identity and sex, with the biological advantages of the latter (such as elevated testosterone levels) used to justify excluding competitors from events that fit with their gender identity. The arguments mirror those used to justify widespread efforts to roll back trans rights across the U.S. though they are not necessarily grounded in fact: Scientific research, while not definitive, generally does not reveal trans athletes to have the purported advantages critics say they do; though some trans athletes excel, there is scant evidence that trans athletes inevitably dominate sports they compete in and many legislators cannot name a single athlete whose participation has caused problems. The characteristics of “biological sex” are also not as clear cut as suggested, with testosterone levels and bone density varying significantly across athletes and intersex people being born with both male and female sex characteristics. Several top women athletes have been banned from competing on the international stage due to high testosterone levels under rules that bar intersex individuals unless they take medication or have surgery to reduce them.

What To Watch For

During the Tokyo Games, the IOC announced plans to release new guidelines for transgender athletes within two months focused on safety, fairness and inclusion. All sports would need to decide for themselves where the “sweet spot” between those virtues is. The safety element is likely to be a key factor in some sports, especially contact sports like rugby, which banned trans women from elite games in late 2020 over safety concerns.

Commentators misgendered Alana Smith as they competed in the skateboarding street event for Team USA, with NBC and BBC pundits using incorrect pronouns throughout the event. The media is not alone in using the incorrect pronouns for nonbinary athletes at the Games. While official Olympic biographics for both Quinn and Smith make use of their preferred they/them pronouns, they both have their gender incorrectly listed as female at the top of the page.

Changing The Game, a documentary from Emmy award-winning filmmaker Michael Barnett, follows the lives of three trans high school athletes in the U.S. Amid myriad efforts to restrict the participation of trans athletes across the U.S.—typically based on an assertion that trans athletes (mainly trans women) have an unfair advantage over cisgender competitors—the film shines a more human light on the real people whose lives are the subject of politicized debates on trans rights.

At least 175 out LGBTQ athletes are at the Tokyo Summer Olympics, triple the number in Rio (Outsports)

Trans Athletes Are Posting Victories and Shaking Up Sports (Wired)