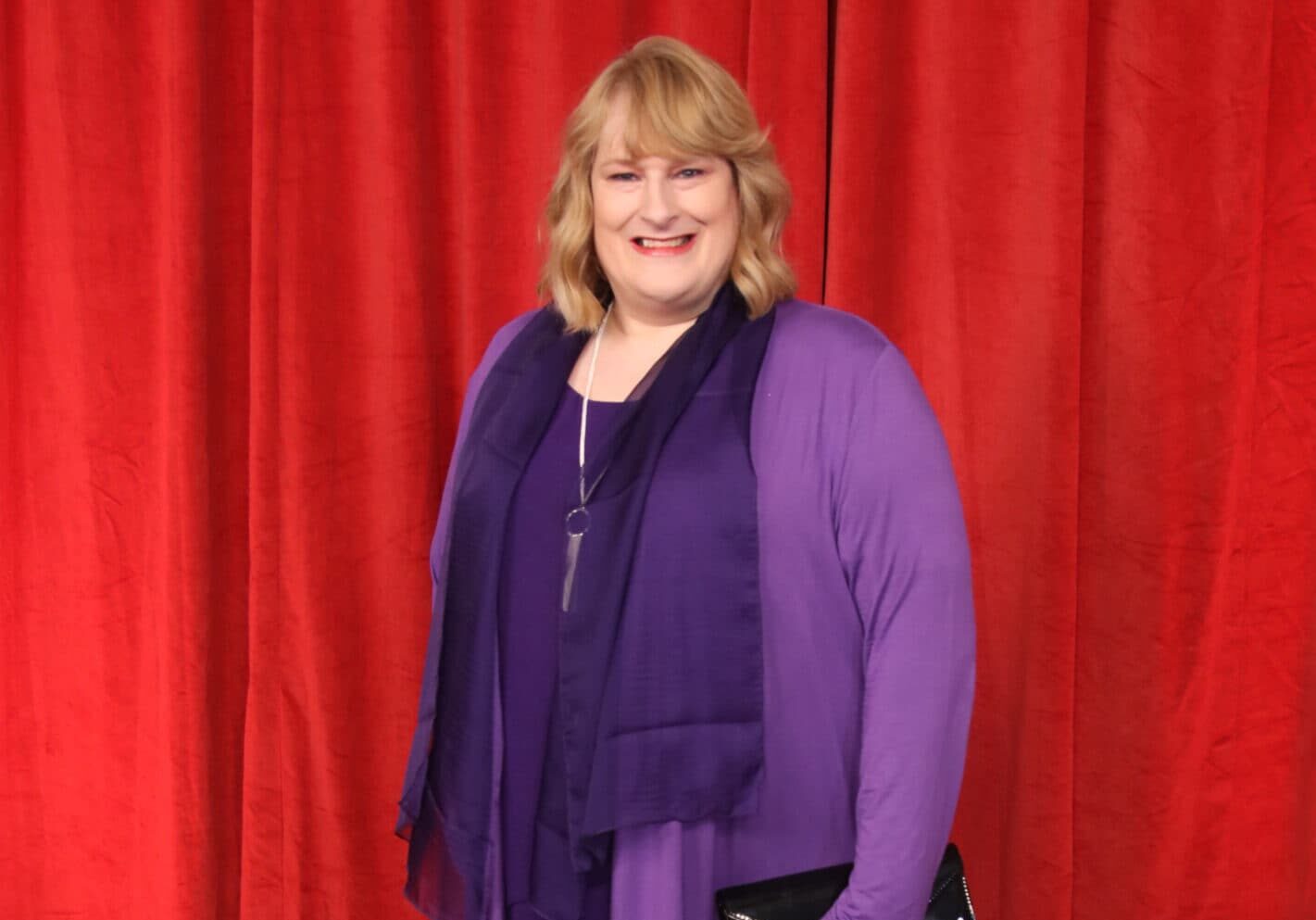 Annie Wallace at the British Soap Awards in 2019. (Mike Marsland/WireImage)

Hollyoaks actress Annie Wallace has revealed she only decided to come out as trans to her friends on her 50th birthday – 26 years after she transitioned.

Wallace was in the midst of auditioning for various roles when she decided it was time to “embrace who I am and do it publicly” after transitioning aged 24. She said that a lot has changed in the decades since her transition.

“It was a long time ago and culturally and socially, the position of trans people was very different,” she said.

“Although we are in this strange turnaround at the moment, where trans people are once again getting stared at.

“Being a trans person back then was pretty lonely and the sense of isolation was pretty overwhelming, so to look forward to [being cast] in Hollyoaks in 2015 would have been literally la la land.”

Wallace became the first trans actor in a regular trans role on a British TV soap in 2015, when she was cast in the Channel 4 soap Hollyoaks as Sally St. Claire.

She was also the first trans actor to be nominated for a BAFTA Award, in 2016, for “Best Actress – Television” for her portrayal of St. Claire.

Wallace’s experiences also helped to create the out trans character Hayley Cropper on Coronation Street, another British soap, who was played by cis actress Julie Hesmondhalgh. Cropper was on British TV screens between 1998 and 2014.

There are currently NINE LGBT characters in #Hollyoaks. Proud of us! ???? https://t.co/9gF4xo2gUS