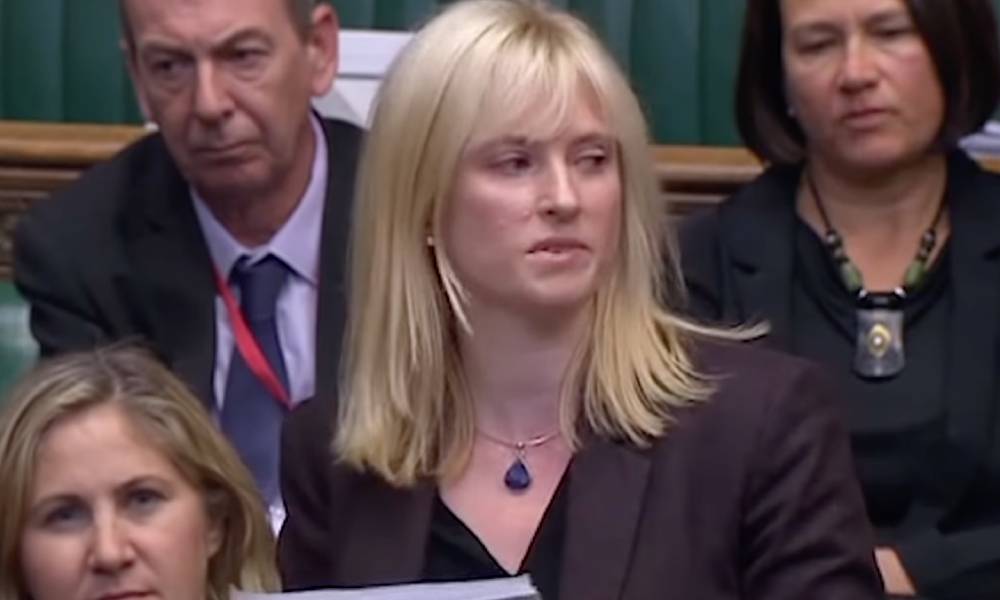 Labour MP Rosie Duffield has called for a meeting with leader Keir Starmer to discuss the party’s stance on trans rights.

The MP for Canterbury has been widely condemned for her anti-trans views since August 2020 when she insisted that “only women have a cervix” and branded backlash against her comments as a “tedious Communist pile-on”.

She has maintained that she is not transphobic and that she supports the LGBT+ community. But two of her staffers – one a lesbian and another an LGBT+ ally – quit her office last year, citing the MP’s “overtly transphobic” views. It is understood that a Labour investigation into her remarks is ongoing.

After a Sunday Times interview in which Duffield linked her decision not to attend the upcoming Labour conference with alleged threats against her, the MP has now called on Keir Starmer to meet with her.

She told BBC Radio 4’s Today programme that she and other female MPs wanted a meeting with Starmer to discuss trans rights, but it hadn’t yet taken place.

“Lots of women have been asking to meet with Keir Starmer in groups of one-to-one about this issue and obviously he is incredibly busy, but it would be good to just clarify what our position is as a party and just to discuss how we go forward on this issue,” Duffield said.

She said Starmer has always been “positive about trying to organise a meeting”, and she thought it was “really necessary that we actually talk about this”.

In July, it was reported that Rosie Duffield was under investigation by Labour Party officials after she “liked” a tweet from a gay man that said trans people are mostly “heterosexuals cosplaying as the opposite sex”. The tweet also claimed trans people were “colonising gay culture” and “co-opting our language”.

Duffield told the Today programme that she has experienced “levels of vitriol” that are “pretty horrible” as a result of her views.

She also confirmed that she decided a few weeks ago not to attend the conference because she “didn’t want to be the centre of attention”.

“There are groups that would be at the Labour Party conference that my presence would irritate,” she told BBC Radio 4’s Today programme.

“It is hard to know how serious to take threats by people who post them online – I don’t always, very often, take them that seriously – but they are pretty awful, and I did not want to subject myself and other people to that kind of abuse.”

Duffield’s interview prompted yet more criticism, with many disappointed at the inference being made about LGBT+ Labour members. Some also pointed out the rise in transphobic violence and hate crime Britain has seen in recent years.

A senior Labour MP, who did not want to be named, told the BBC they felt Duffield was complicit in a “pointless, manufactured row”.

They said: “Let’s talk about how every single trans person awaiting NHS treatment is having their rights to see a specialist in 18 weeks under the NHS constitution breached, for example, rather than whether Rosie Duffield thinks everyone should have their genitals and chromosomes checked to go to the toilet.”

Owen Jones called out Duffield on Twitter for using the “full might of the Murdoch press” to “demonise LGBTQ Labour activists”. He added that Duffield shouldn’t portray herself as the “real victim” when “many LGBTQ [people] attending Labour Conference are actual victims of real and surging hate crimes”.

The LGBT+ Labour group put out a statement after Duffield said she wouldn’t attend the conference for fear of abuse. The group said it “totally condemns the abuse and physical threats” the Canterbury MP faced.

In November, a distressing report by LGBT+ anti-violence charity Galop found a horrifically high proportion of the trans community in the UK experienced a form of trans hate crime. Leni Morris, CEO of Galop, said the report showed “how the safety and dignity of trans people is currently at risk” and that there are “real-world consequences to public debates”.