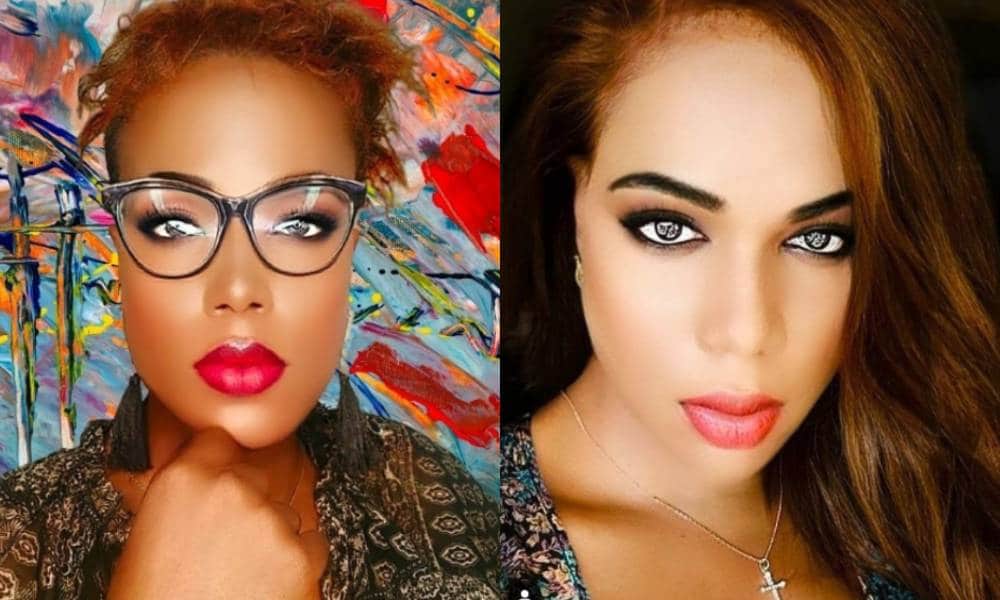 Cleopatra Kambugu, a trailblazing trans activist and writer, makes history as the first transgender person in Uganda to have their new gender recognised by the government. (Instagram/@xulaye)

Cleopatra Kambugu always knew she was different. Growing up in Kampala, Uganda, in a family of 15, she describes her early life as challenging.

“People always called me ‘boy-girl’ or ‘shemale’,” she tells PinkNews. Her transness was always clear to her and to those around her, but she was held back by a lack of knowledge and terminology.

“Growing up in an era when trans people were being policed, paraded on Jerry Springer and limited to the sex worker narrative was tough,” she said. “So I turned to education to gain an understanding of who I am.”

But as is all too common, her school failed to cover gender or sexuality beyond heterosexuality. Nonetheless, the experience ignited a flame within Kambugu.

Now 35, Cleo Kambugu is a leading trans activist working towards social justice and equality for trans, intersex and non-binary people, as well as sex workers. In 2016, she became the subject of a film titled The Pearl of Africa, “a story of love, hate and being transgender”.

When the Ugandan government passed its Anti-Homosexuality Act in 2013, prohibiting same-sex sexual relations, Kambugu was outed by a tabloid newspaper. She fled to neighbouring Kenya for safety.

Following her move, she joined an activist-led foundation called Uhai Eashri that provides funding for sexual and gender minorities based in East Africa. Within the first year of her joining, Kambugu facilitated the success of a grant transfer of $200,000 to an Ugandan movement in support of bringing down the Anti-Homosexuality Act. It was annulled three months later.

“This ushered a new era of donors believing that education and litigation advocacy can change things,” she beamed.

“The trans community in Uganda have done a lot of work to shift social norms around sexuality and gender. So, while some folks might not like trans people, they at least know who they are.”

Kambugu recalls being 20-something when she first met another trans person on a night out. “Just seeing someone who looked like me reassured me,” she said.

Through the work she was doing at Uhai Eashri, Kambugu set her sights on creating a documentary that followed her journey to medically transitioning. She began reaching out to people, but with little success she turned to YouTube to post videos from her dorm room, always signing off with: “Feel free to get in contact if you want to make this a film.”

After several Skype calls with the Swedish director Johnny von Wallstroem, Kambugu made The Pearl of Africa, showcasing intimate moments with her then-partner, a cis man. The film attracted global coverage from CNN, AOL and many more.

Off the back of the film’s success, Kambugu became a global trans activist travelling to and from Africa – so much so that her passport ran out and she had to move back to Kampala to renew it, in 2017.

“I was flustered at the thought,” she said. “I wanted to avoid excessive questioning so declared my identity beforehand.”

She sought pro-bono advice from a community lawyer with the Human Rights Advocates Program, who enlightened her about the Registration of Persons Act. The law means that, to change a gender marker on identification documents, a person must have signed permission from both parents and the Ministry of Gender, Labour and Social Development.

“From that, I went in and requested that my case be handled by the highest person at the Ministry of Internal Affairs that dealt with passports and advice, which I secured,” she said.

To her surprise, there were no complications. The minister mentioned needing some time to consult with a legal tribunal to ensure he could not be reprimanded for what he was about to do. After a few days, Kambugu was called in and handed a new passport with the gender marker ‘F’.

Securing her passport in 2018 was just the beginning, especially since in Uganda, more value is placed on the national ID card. Without one, citizens are unable to interact with the government, vote, access health care or own any property.

“It comes with another set of barriers,” she said, “your local council has to approve of who you are post-transition and your parents too – despite your age.”

Luckily, Kambugu spent seven years working with her family as she transitioned, so they agreed to sign for her ID.

On 27 September, Kambugu logged into Instagram to announce through a heartfelt post, that after a year-long wait (due to COVID) she had become the first trans woman to obtain an Ugandan national ID card in her correct gender.

“I don’t think in giving me this ID they were making a statement. Just this year, [the government] were just discussing the sexual offence bill to re-criminalise homosexuality,” she said.

Many African cultures believe that a name can path out your child’s future, so when she discovered that Cleopatra meant “father’s glory”, it felt like a beautiful way to honour her close paternal relation. Likewise, her last name, Kambugu, her grandfather’s name, means a perennial weed that is difficult to eradicate because of its resilience and stubbornness.

“I want to spend the next 35 years of my life shedding the sad African trans narrative. We don’t just carry tragic stories,” she said, “I am a molecular biologist, geneticist, activist, imaginative, daring, different, audacious and an Aries.”