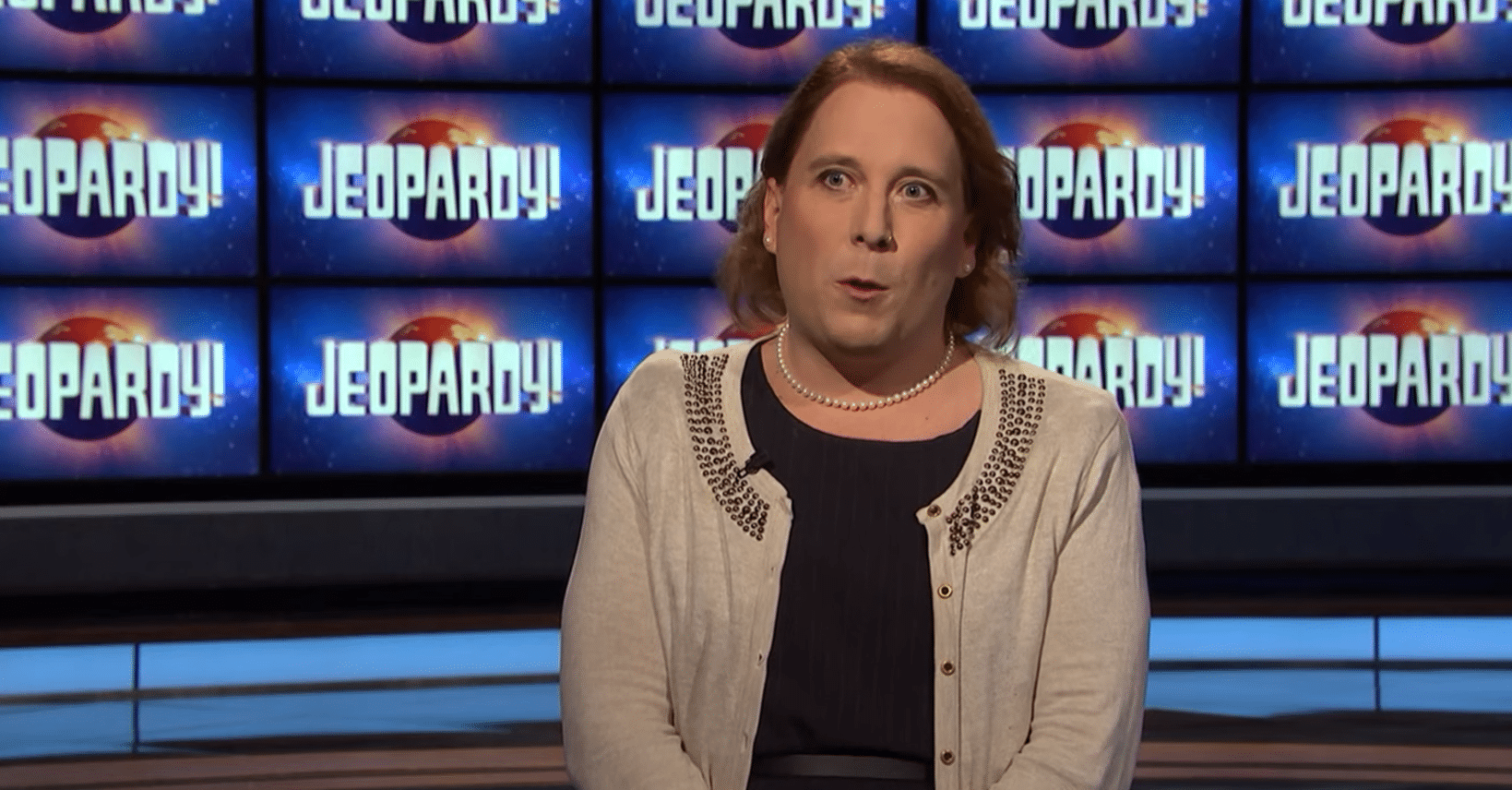 Amy Schneider has made history for being the first out trans person to win ten consecutive days of the classic US game show Jeopardy!.

The ten-time winner of Oakland, California, was previously the first out trans contestant to make it to the annual Jeopardy! Tournament of Champions, for which players qualify after winning five days in a row.

Over the course of the ten days she has earned more than $300,000 in prize winnings. However, Amy Schneider says her priority is not just the Jeopardy! prize money but also increasing positive visibility for trans people on television.

Speaking to local San Francisco TV station ABC7, Schneider explained: “I am from Ohio where the only trans people I thought of were drag queens or prostitutes,” she said. “Seeing other trans women in a good spotlight inspired me to not be afraid of trying to compete in the thing I have always loved.”

“Seeing trans people anywhere in society that you haven’t seen them before is so valuable for the kids right now that are seeing it,” she continued.

“I’m so grateful that I am giving some nerdy little trans kid somewhere the realisation that this is something that they could do too,” she added.

Amy Schneider eventually relocated to San Francisco where she encountered the trans comedian Natasha Muse, whom she credits for showing her the sort of life she could live as an openly trans woman.

“Growing up in the Midwest in a conservative family, I had gotten kind of a distorted idea of what it meant to be trans, and so seeing her being smart and funny and cool and just a normal person with a normal life and kids and everything like that just showed me that it was something that I could possibly be, and that really made a difference for me.”

On November 24 2021, Amy Schneider penned an op-ed for Newsweek about her success on the show to date, commenting: “Until very recently trans people didn’t see themselves doing much out in the world, so to actually see something like this happen really opens your mind up to possibilities.”

Kate Freeman, a trans woman from Lake Orion, Michigan, previously made history in December 2020 when she became the first transgender person to win in the game show’s nearly six-decade-long history.