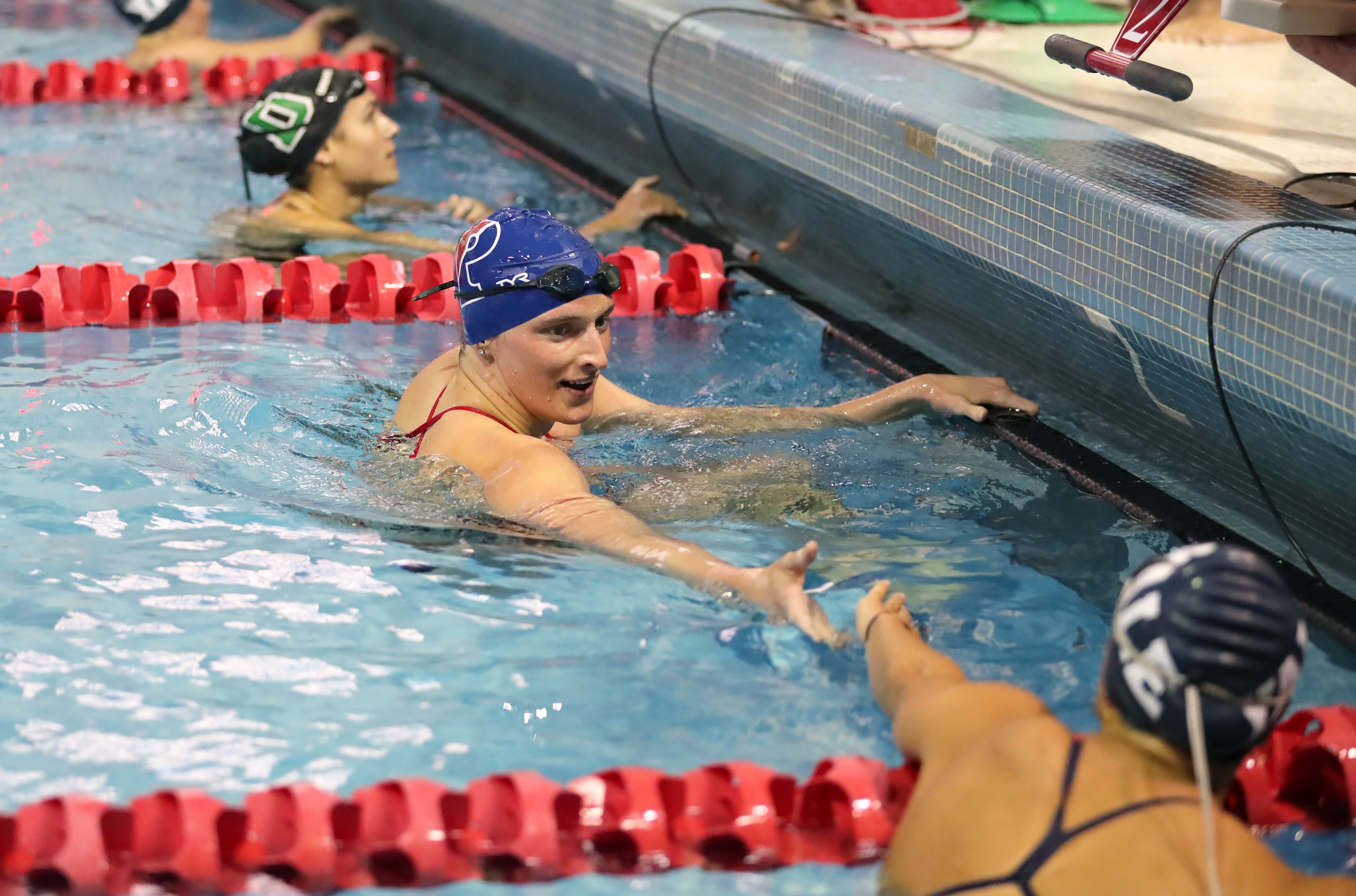 Lia Thomas, a 22-year-old transgender woman who swims for the University of Pennsylvania, is dominating in the pool this season.

Why it matters: Thomas' record-breaking campaign comes amid a debate over transgender inclusion in sport — one that has become increasingly politicized as anti-trans legislation sweeps across the U.S.

Catch up quick: Thomas, assigned male at birth, competed on the men's team at Penn from 2017-20, though in 2018 she realized that she identified as a woman.

By the numbers: At one meet in early December, Thomas won the 200-yard free by seven seconds, the 500 free by 14 seconds and the 1,650 free by 38 seconds, setting two Ivy League records and posting the fastest time of the year among college women in the 200 and 500.

Driving the news: Thomas won two races at her final home meet on Saturday. She also lost two to Yale's Iszac Henig, a transgender man who can compete against women because he hasn't begun hormone therapy.

What they're saying: Thomas just wants to "continue to do the sport I love as my authentic self," she told SwimSwam last month.

The other side: Some believe Thomas holds an unfair advantage even after two-plus years of testosterone suppression.

What's next: Thomas, an Austin native, will be a favorite at next month's Ivy League championships, and she's already qualified for the NCAA championships in March.