New estimates based on C.D.C. health surveys point to a stark generational shift in the growth of the transgender population of the United States.

About 1.6 million people in the United States are transgender, and 43 percent of them are young adults or teenagers, according to a new report providing the most recent national estimates of this population.

Those figures revealed a significant rise among younger people: The estimate of transgender people 13 to 25 nearly doubled since the researchers’ previous report, published in 2017, though the reports used different methods.

The data point to a stark generational shift. Young people increasingly have the language and social acceptance to explore their gender identities, experts said, whereas older adults may feel more constrained. But the numbers, which vary widely from state to state, also raise questions about the role of peer influence or the political climate of the community.

“It’s developmentally appropriate for teenagers to explore all facets of their identity — that is what teenagers do,” said Dr. Angela Goepferd, medical director of the Gender Health Program at Children’s Minnesota hospital, who was not involved in the new analysis. “And, generationally, gender has become a part of someone’s identity that is more socially acceptable to explore.”

Dr. Goepferd, who is nonbinary, noted that many teenagers would not necessarily want or need medications or surgeries to transition to another gender, as was typical of older generations.

The surveys, created by the Centers for Disease Control and Prevention, did not ask younger teenagers about nonbinary or other gender identities, which also have been rising in recent years. But nearly one-quarter of the adults in the surveys who said they were transgender identified as “gender nonconforming,” meaning they did not identify as a transgender man or woman.

“We as a culture just need to lean into the fact that there is gender diversity among us,” Dr. Goepferd said. “And that it doesn’t mean that we need to treat it medically in all cases, but it does mean that we as a society need to make space for that.”

Ages of teens and adults who are transgender

Ages of all teens and adults in the United States 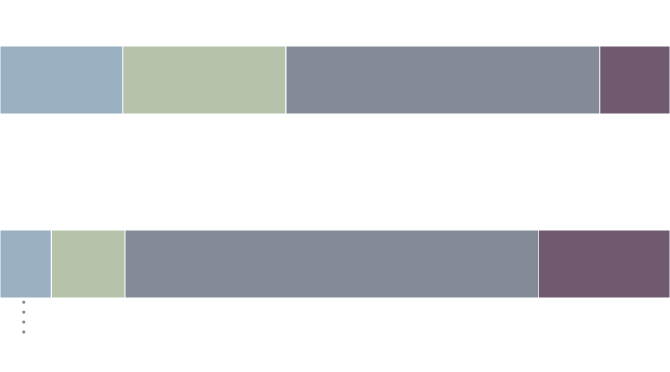 Ages of teens and adults who are transgender

Ages of all teens and adults in the United States

The new data were analyzed by researchers at the Williams Institute, a research center at the University of California, Los Angeles law school that produces highly regarded reports on the demographics, behaviors and policy concerns of L.G.B.T.Q. populations in the United States.

The Williams Institute used data from two national sources: the C.D.C.’s Behavioral Risk Factor Surveillance System, administered to adults across the country, and its Youth Risk Behavior Survey, given in high schools. The surveys, which were either conducted over the phone or in person, collect data on demographics as well as a variety of medical and behavioral information, such as smoking habits, H.I.V. status, nutrition and exercise.

The Williams Institute used this data, along with statistical modeling of demographic and geographic variables, to arrive at its estimates of the transgender population nationwide.

“It’s important to know that trans people live everywhere in the United States and trans people are a part of communities across the country,” said Jody Herman, senior scholar of public policy at the Williams Institute and the lead author of the report. “We use the best available data, but we need more and better data all the time.”

The U.S. Census Bureau began asking questions about sexual orientation and gender identity only last year, part of a new data collection effort. And even national suicide statistics — important in the study of this vulnerable population — do not have information about sexuality or gender identity.

“There is no one who knows how many trans people or how many gay people or bisexual people died of suicide this past year,” said Amit Paley, head of The Trevor Project, a suicide prevention group that recently released its own report based on social media polling, showing that young L.G.B.T.Q. people had high rates of mental health issues and suicidal thoughts.

“That data does not exist because it is not collected by the government in death records,” Mr. Paley said. “It’s something we are working to try to change.”

When their previous report was published in 2017, the Williams Institute researchers did not have actual survey data for younger teenagers, instead using statistical modeling to extrapolate based on adult data. At the time, they estimated 150,000 transgender teens in the country, or roughly 0.7 percent of teens.

With the inclusion of the new high school survey data added in 2017, that estimate has now doubled to 300,000.

It is not clear whether that jump reflects inaccuracies in the previous estimate, a true increase in the number of transgender adolescents, or both.

“That’s the bewildering question of why this is all happening,” Dr. Herman said.

The racial makeup of transgender adults and transgender teens was roughly the same. About half of both groups were white, slightly less than the relative number of white people in the general population, and a disproportionately large number of each group identified as Latino.

The data also show the distribution of trans people by state. New York has the largest estimated population of transgender teenagers, at 3 percent, whereas Wyoming has the lowest, at 0.6 percent. Transgender adults showed a narrower range, with 0.9 percent of adults identifying as transgender in North Carolina and 0.2 percent in Missouri.

The adolescent numbers were based on surveys collected in 15 states: Colorado, Delaware, Florida, Hawaii, Maryland, Maine, Michigan, New Jersey, Nevada, New York, Pennsylvania, Rhode Island, Virginia, Vermont and Wisconsin. The researchers then used that survey data to create a model of how state and individual characteristics affect the probability of being transgender. Using that model, along with demographic data from the census, they made estimates for the other 35 states and Washington, D.C. 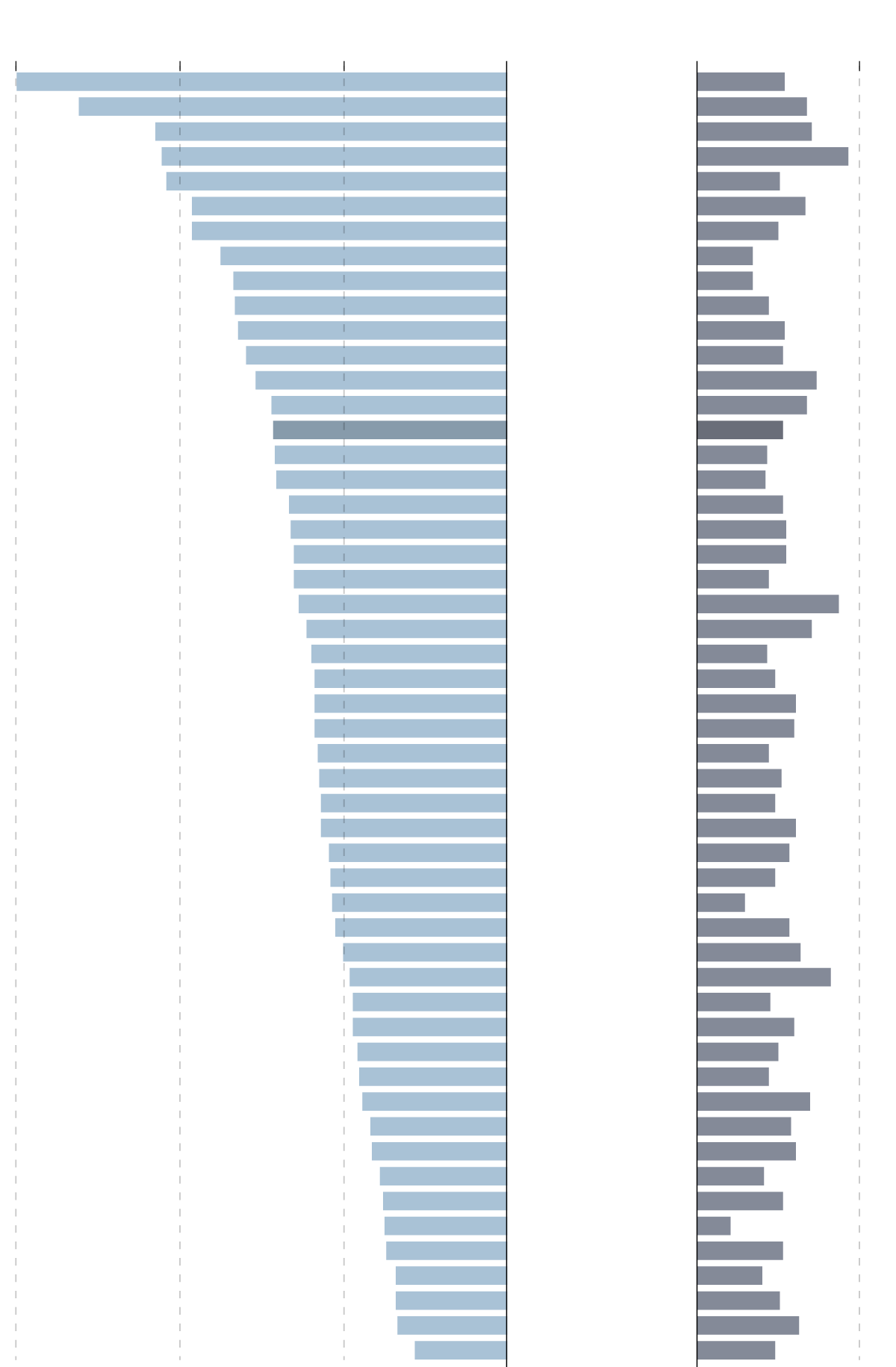 Experts who work with transgender teenagers agreed that certain social factors would unquestionably play a role in their identities, just as they did decades ago when gay and lesbian people were coming out in large numbers for the first time.

“It signifies a new confidence among a new generation to be authentic in their gender identity,” said Phillip Hammack, a professor of psychology and director of the Sexual and Gender Diversity Lab at the University of California, Santa Cruz. “I think we did see something very similar — we just maybe didn’t have the exact numbers to back it up — as we saw more visibility around labeling oneself as gay, lesbian, bisexual back in the nineties.”

Recent Gallup polling data also analyzed by the Williams Institute shows that young adults also make up a disproportionately large part of the total L.G.B.T.Q. population in the United States, which similarly varies state to state.

Social media has been a significant catalyst for teenagers questioning their gender identities today.

“I think a big part of it is definitely the internet,” said Indigo Giles, a 20-year-old college student in Austin who has protested against the state of Texas’s abuse investigations of parents of transgender children.

Mx. Giles said they realized they were nonbinary after finding a community of like-minded people on Tumblr. “People who have maybe been having these feelings for a long time, but haven’t had the words to put to them, finally can see, in such a readily accessible way, others that feel the same,” they said.

And conversely, it may be much more difficult for older people to explore their gender identities later in life.

Dr. Hammack described a person he interviewed who talked about how difficult it was to come out as nonbinary in their fifties because “we look around, and everybody’s so young.” And others who identified as masculine or butch lesbians, he said, have told him, “If I was that young, maybe I would have gone down that path, but it wasn’t available.”

Dr. Goepferd, of Children’s Hospital Minnesota, pointed to another possible reason for the smaller proportion of older transgender people: Because of lower access to health care, along with high rates of violence and suicide, transgender people are more likely to die at younger ages.

“The harsh reality is we don’t have trans elders because they didn’t survive,” they said.