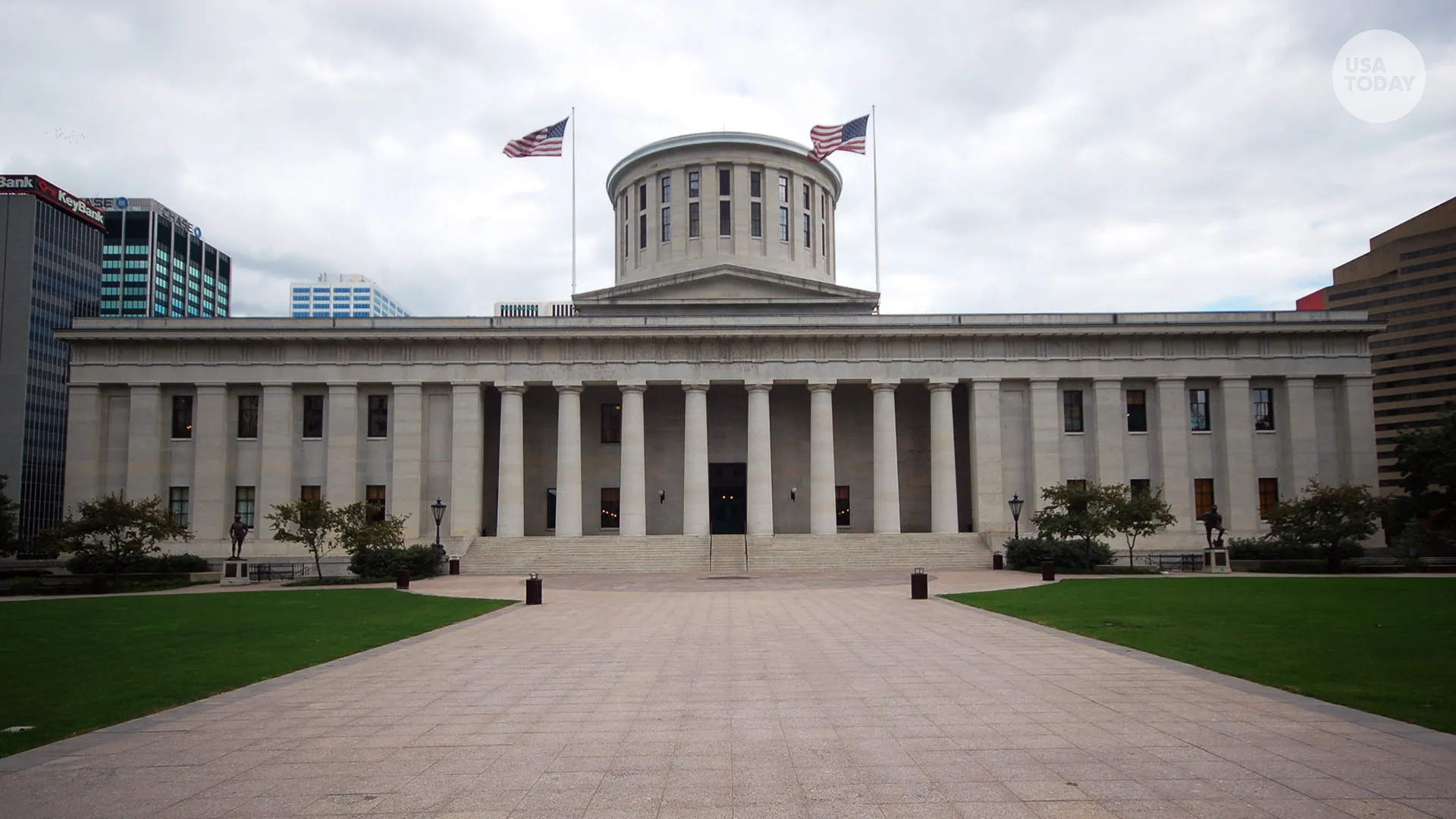 A wave of anti-LGBTQ legislation across the U.S., including 18 bans on transgender athletes, have left advocates, allies asking, how did we get here? The answer actually isn't a complicated one.

When Layshia Clarendon first heard about Idaho's anti-transgender legislation that had been signed into law, making it the first state in the U.S. to institute an outright ban on transgender girls from participating in girls’ and women’s sports, the WNBA veteran felt a wave of emotions.

It was spring 2020, and Clarendon’s reaction went like this: First, fury that someone would go after the transgender community. Then disgust, because this particular law targeted kids. Finally, annoyance "that this is the country I live in, where people are so thirsty for power, they’ll do things that harm very real people," Clarendon recalled.

Shock or surprise, however, wasn’t on the list of emotions.

The sports world at large has seemed unprepared for the avalanche of anti-LGBTQ legislation introduced by state legislatures across the country: 28 states have proposed anti-LGBTQ laws in 2022 according to the Human Rights Campaign, including 18 bans on transgender athletes and Florida's controversial "Don't Say Gay" law. But to hear Clarendon explain it, everyone should have seen this coming.

Clarendon is a nine-year professional basketball veteran who uses all the pronouns interchangeably and last year, after undergoing top surgery, became the first transgender player in the WNBA. They are a staunch, outspoken advocate for LGBTQ rights and inclusion. And they think it’s possible that this fight over transgender athletes is just the beginning.

All of this has left the LGBTQ community and its allies wondering the same thing: How did we get here?

"Sports is a very binary space, so it was the perfect entry point for the Republican Party to start this culture war, under the guise of 'protecting women and girls,' which we know they don’t actually care about," Clarendon told USA TODAY Sports.

"In 2017, when you have the (North Carolina) bathroom bill that popped up, that was a tipping of their hand about who’s next – it’s trans people. It’s the fight about gender."

Conservatives want to ban transgender athletes from girls sports. Their evidence is shaky.

Clarendon is referring to HB2, a 2017 bill that sparked national fury. The bill had two main components: it overturned and prohibited statutes that protected the LGBTQ community from discrimination based on gender identity and/or sexual orientation and — perhaps even more controversial — it barred transgender students from using bathrooms that matched their gender identity.

The backlash was swift. The NBA moved its 2017 All-Star game from Charlotte to New Orleans, saying the league had done so partially because of the "long-standing core values of our league" including "diversity, inclusion, fairness and respect for others."

In the coming months, multiple major sporting events are scheduled to be held in states that aren’t friendly to the LGBTQ community, including the 2023 NHL All-Star game (Florida) and the 2023 men’s and women’s Final Four (both in Texas).

Hudson Taylor, the founder and executive director of Athlete Ally, said the deluge of anti-LGBTQ legislation is a multi-pronged problem.

"When you look at overall funding benefitting the LGBTQ community, less than 31 cents out of every $100," Taylor said. "So the state of funding for LGBTQ work is really, really low in the grand scheme of things. Within that, next to none of us speaks to sports specifically. So how ready could the sporting community be if they’re not being given education and resources?"

Next, there’s been a lack of consistency. While Taylor is quick to point out that "we’ve been erring on the side of inclusion vs. exclusion over time," transgender athletes have to jump through different hoops according to which governing body they’re competing under, be it the International Olympic Committee, the NCAA or their local state high school association.

Finally, Taylor pointed to what he calls an unfortunate reality: "When faced with a crisis, I think sport governing bodies would rather deal with it internally than talk about it publicly." He referenced other sports controversies dealt with in the shadows, including sexual assault by athletes and concussion research.

"Basically there’s a history of, contain, ignore, don’t talk about it," Taylor said. "As assaults on trans athletes and their right to compete have ramped up, many athletic institutions weren’t conditioned to lean in to leading a difficult dialogue."

If the NCAA weren't so utterly gutless, it could save transgender lives | Opinion

Taylor and Clarendon both said that often, large governing bodies turn to the creation of committees to address a hot-button issue – and that’s as far as it goes.

"That’s classic corporate America, to create these liaison positions or committees and then (companies) get these reports and findings and they don’t do anything with them," an obviously frustrated Clarendon vented. "The problem is not that there’s no information or data – it’s, what are people in power doing with it?"

Across the country, the ACLU is defending multiple transgender students in lawsuits pushing back on anti-LGBTQ laws, including a 10-year-old transgender girl in Indiana identified only as A.M. in court filings.

"I’m concerned that all these arguments will boil down to not recognizing transgender girls as girls and ultimately, maybe challenging the whole medical community," said Ken Falk, the ACLU of Indiana legal director.

Falk said the young girl at the center of their case has been living as a girl since she was 3 and "virtually no one knows her as anything but a girl" – including her classmates and teammates.

"Think about this child," Falk said. "If she’s not allowed to play, she’s going to have to explain it to her classmates and that’s impossible to navigate without outing herself. I can’t imagine what sort of anxiety that causes."

Clarendon, who was not familiar with the details of the Indiana case, thinks the notion that these laws are in place to "protect" women’s sports is ridiculous.

"The whole point of sports is advantages," Clarendon said. "Like, sports are not fair. I mean, LeBron (James) exists, that’s not fair. Maya Moore exists – she was bigger than me, stronger than me. She should have not been able to play?”

"Where do we get off trying to level the playing field?" he said. "What if your parents are really wealthy and give you tennis lessons from a young age, how do we compensate for that advantage?

"What are we protecting? We’re talking about a fifth grader who wants to play softball."

In Tennessee, the ACLU and Lambda Legal, a nonprofit that defends the civil rights of the LGBTQ community, are working together to defend Luc Esquivel, a transgender sophomore boy at Farragut High in Knoxville who has been prohibited from trying out for the golf team because of a ban signed into law last spring by Gov. Bill Lee.

Sasha Buchert, the lead attorney for Lambda, said that she saw this wave of anti-LGBTQ legislation coming given that before the 2020 election "the far right ... was encouraging the Trump administration to make this a key part of their campaign."

In their court filing against the transgender law, Lambda and the ACLU have cited a violation of Title IX, the landmark law that banned sex discrimination in federally-funded education settings and turns 50 years old this month. His first day in office, President Joe Biden signed an executive order that said Title IX rights applied to transgender students.

While Buchert is confident they’ll be victorious in court and get Esquivel an opportunity to try out for golf, she does acknowledge that "it’s difficult to win in the courts without shifting public opinion."

Buchert views it as an "empathy gap" within society – while many people, including some high-profile athletes, have been outspoken about other LGBTQ issues, there’s often considerably less familiarity with transgender issues and therefore, more silence.

"There are a lot of people who are saying, 'These trans bills are terrible but it’s not my kid, it’s not in my state,' " Clarendon said. "But it’s like, do you know someone with a uterus? It’s all interconnected – trans rights and reproductive rights and gay marriage rights. It’s a thread that (Republicans) are pulling at, and a lot of people miss that."

Experts agree that if the courts don’t strike down these anti-LGBTQ laws, Republican lawmakers are likely to get bolder and go after more marginalized groups.

In the meantime, Taylor at Athlete Ally thinks the LGBTQ community and its allies need to come up with a game plan. There needs to be a clear, definitive line for when an event in a certain place is deemed "not acceptable." Is it possible to move the event? If not, what sort of actions can be taken to make sure the LGBTQ community feels supported? Taylor said coming up with detailed answers to these questions will go a long way.

"I don’t know if sports governing bodies have the political will or desire to move championship events over laws," Taylor said. "It can be done – but it requires a unified pressure, a unified call to action."

Nearly everyone agrees that high-profile athletes speaking out and bringing attention to LGBTQ issues can go a long way. The WNBA proved that in 2020, when it helped flip the U.S. Senate blue by ousting former Atlanta Dream owner Kelly Loeffler, who disparaged the Black Lives Matter movement in the summer of 2020. Loeffler was eventually forced out as owner, too.

But Clarendon is quick to add context. Yes, women’s athletes in particular have a track record of fighting for social justice. But it’s not a one-size-fits-all situation.

"The men’s leagues, I think there’s so much potential and opportunity there for them to organize in ways the WNBA has but it’s hard to expect that, because part of what makes the W so special is the way we live and move through the world," Clarendon said.

Clarendon is also leery to say anyone should expect more from athletes than people with tangible political power.

"I think you have to put that into context," they said. "Why do we expect Steph Curry more than (Amazon founder) Jeff Bezos to step up and make change? There are people out there doing all this terrible stuff and it’s like, 'Steph Curry, save us!' We’re not holding our politicians and CEOs accountable with the same gusto."

To the LGBTQ community, one thing is clear: Politicians can create as many laws as they want. It’s not going to change anyone’s desire to live their truth.

A few years ago, Mack Beggs became the subject of intense scrutiny when the transgender wrestler from a Dallas suburb won back-to-back Texas state championships in girls wrestling in 2017 and 2018. Though Beggs had started transitioning early in high school, rules forced him to wrestle as a girl, the sex he was assigned at birth. Beggs went on to wrestle on the men’s team at Life University, an NAIA school outside Atlanta; he described wrestling against other boys, the gender he’s long identified with, as "euphoric."

Now 23, Beggs has been watching all the anti-LGBTQ legislation closely, heartbroken for athletes forced to the sideline. But it hasn’t stopped him from believing that ultimately, those athletes will win.