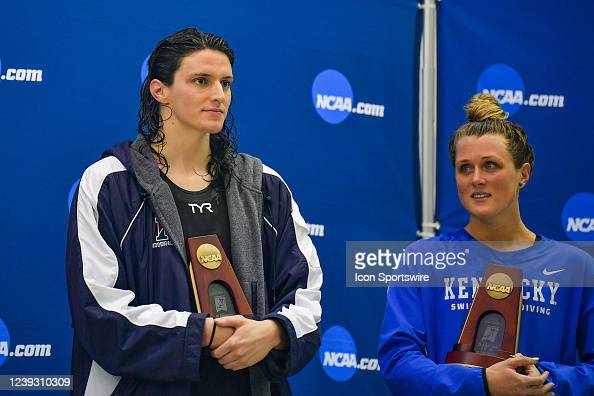 The new proposal released last week on Title IX of the Education Amendments of 1972—the law that prohibits discrimination based on sex at all federally funded schools and colleges—would explicitly bar discrimination and harassment against students based on gender identity and sexual orientation. The separate rule-making process on athletics, with a focus on transgender athletes, is the first to be issued in the history of the Education Department.

“Some states are passing laws targeting LGBTQ students. Standing up for equal access and inclusion is as important as ever before,” said Miguel Cardona, education secretary, at a briefing on the proposal. “The department recognizes that standards for students participating in male and female athletics teams are evolving in real time, so we decided to do a separate rule making on how schools may determine eligibility while upholding Title IX’s nondiscrimination guarantee.”

“[President Biden] set aside the issue of athletics, which I think is inappropriate—he is throwing trans girls and women under the bus for political reasons,” said Travers, a professor of sociology at Simon Fraser University in Canada who uses only a single name.

Transgender athletes make up a minuscule population of athletes across the nation, with even fewer going on to participate in college sports. Reportedly, there are only 32 trans athletes who have competed openly in college sports. Like transgender students in general, trans athletes have reported facing a disproportionate level of bullying and harassment compared to their cisgender peers, all of which would be prohibited under the new Title IX proposal.

The success of transgender swimmer Lia Thomas at the University of Pennsylvania sparked much of the debate around trans athletes having an advantage over cisgender athletes competing in the same sport.

The new proposal would expand protections from harassment and discrimination on the basis of sex to include gender identity. Since Biden took office, his administration has rolled back many Trump-era policies that interpreted sex as biological sex assigned at birth.

Although the Office for Civil Rights at the Education Department issued a notice of interpretation in 2021 based on the Supreme Court ruling in Bostock v. Clayton County, which said students cannot be discriminated against based on their sexual orientation or gender identity, many advocates have argued that codifying these protections into the Title IX regulations would give them more teeth.

The National Collegiate Athletic Association, which regulates many college athletics programs across the nation, released a new set of guidelines on transgender students’ participation in January that borrowed many of the rules from the United States Olympic and Paralympic Committees. The organization adopted its first set of guidelines around transgender students’ involvement in sports in 2011, a time when virtually no colleges had adopted policies on the matter.

Under the new guidance, which will be fully implemented by August 2023, transgender athletes at NCAA member colleges will have to regularly report their testosterone levels and provide additional documentation that they meet specific standards depending on the sport they compete in.

“It is important that NCAA member schools, conferences and college athletes compete in an inclusive, fair, safe and respectful environment and can move forward with a clear understanding of the new policy,” said John DeGioia, the chair of the NCAA Board of Governors and the president of Georgetown University, in a statement on the guidelines.

Critics of protections for transgender athletes have come from anti-LGBTQ groups, conservative and religious organizations, some women in sports, and people who argue that transgender students’ involvement threatens women’s equality in sports. “We were very disappointed to see the Biden administration release this proposal,” said Matt Sharp, senior counsel and the national director for state government relations at the Alliance Defending Freedom.

Those in opposition to trans athletes playing on teams that align with their gender identity argue that these players, specifically on women’s teams, have an unfair biological advantage, and they take opportunities away from cisgender female athletes.

“By radically rewriting federal law, the Biden administration is threatening the advancements women have long fought to achieve in education and athletics. In addition to denying women a fair and level playing field in sports,” said Christiana Keifer, senior counsel at the Alliance Defending Freedom, in a statement.

Research, however, has proven that these findings have little scientific evidence.

“The Biden administration has clearly stated that they are committed to advancing protections for transgender athletes, however, their specific proposal to address this issue will not be revealed until the separate rule-making process begins. What we have seen in the last few years is a real hyperfocus on testosterone as an indicator of athletic performance. Every study on testosterone, every study on trans athletes, very clearly indicates that testosterone is not the same as athletic ability. When it comes to writing policies that center so heavily and focus so much on testosterone, the reality is that most of those policies are ill informed,” said Anna Baeth, director of research at Athlete Ally, an organization that advocates for LGBTQ athletes.

“It’s never about facts. We are not seeing this sector of trans girls and women winning everything in women’s and girls’ sports,” said Travers. “When you whip up a moral panic, you create an impression of this terrible thing happening when the facts don’t support it.”

The new Title IX proposal is expected to receive many legal challenges from conservative states, especially those that have moved forward to bar transgender athletes’ participation in sports.

The Biden administration has clearly stated that it is committed to advancing protections for transgender athletes, however, a specific proposal to address this issue will not be revealed until the separate rule-making process begins.

The department has not yet disclosed when the separate rule-making process on Title IX and its applications to athletics will start.

“We had anticipated that the Notice of Proposed Rulemaking would robustly address athletics. And instead, what the administration has notified folks that they’re planning to do is to do a separate notice of proposed rule making on athletics,” said Sara Warbelow, legal director at the Human Rights Campaign, which supports LGBTQ rights. “We don’t know a lot about what the administration is thinking. We know that they’ve spoken out critiquing the blanket bans on transgender girls and women participating in athletics in the school environment. But we don’t know what if any restrictions or limitations they might be thinking of for purposes of this alternative proposed rule making.”

In the proposed Title IX guidance, the department cited a legal case—BPJ v. West Virginia—that found that West Virginia’s ban on female transgender athletes’ participation in sports violated both Title IX and the equal protection clause, which advocates said seemed to allude to the department’s stance against bans on transgender students’ participation in sports.

Advocates hope that the administration makes clear what spaces transgender students have access to, including sports fields, bathrooms and locker rooms, in the final Title IX proposal. The inclusion of these protections would prevent state lawmakers from passing legislation barring transgender students from these spaces in all federally funded colleges.