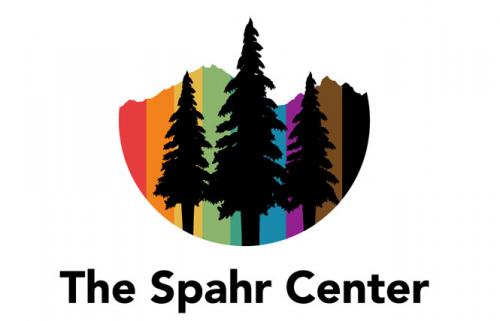 The San Francisco Public Library will screen "AIDS Diva: The Legend of Connie Norman" Saturday, July 30, from 2 to 4 p.m. in the Koret Auditorium at the main branch, 100 Larkin Street.

The 2021 film tells the story of Norman, the self-appointed "AIDS diva" and spokesperson for ACT UP/Los Angeles in the late 1980s and early 1990s. A news release from the library noted that Norman described herself as an "ex-drag queen, ex-hooker, ex-IV drug user, ex-high-risk youth, and current post-operative transsexual woman who is HIV-positive," and simply, "a human being seeking my humanity." Norman died in 1996.

The 60-minute film is by Dante Alencastre, a gay man and an award-winning documentarian and LGBTQ community activist based in West Hollywood. He was in San Francisco last month for the display of the AIDS Memorial Quilt and told the Bay Area Reporter that Norman had worked at the old Trocadero Transfer in San Francisco before moving to Southern California in the late 1980s. Alencastre and his co-producer, John Johnston, also a gay man, were in town as "AIDS Diva" was screened as part of the National Queer Arts Festival.

Following the screening at the Koret Auditorium, Alencastre will be on a panel discussion moderated by Gerard Koskovich, a queer historian. Other panelists will be Ms. Billie Cooper, a Black trans woman who is the founder of TransLife at the San Francisco AIDS Foundation and a candidate for District 6 supervisor; and Garza, who uses one name and she/her pronouns and is a classically trained ballet dancer, drag performer, and rehabilitation dance instructor for people with Parkinson's disease. Originally from Peru, she is also a recruiter for studies at the San Francisco Public Health Department's Bridge HIV program.

The program is sponsored by Friends of the San Francisco Public Library. Admission is free and seating is first-come, first-served.

For more on the film, check out its website here.

The North Coast Regional Water Quality Control Board is urging individuals who boat, fish, or swim in the Russian River to exercise caution because potentially toxic algal mats recently were found in the water.

A news release noted that children and dogs are particularly susceptible to serious health impacts and should avoid touching and suspicious-looking algal mats in the water or along river banks.

Testing confirmed that potentially toxic algal mats are growing on the bottom of the Russian River, the release stated. While the harmful blooms are caused by algal or cyanobacteria that grow floating in the water, some algae or cyanobacteria grow on the bottom of waterways and can form colorful algal mats that range from bright to dull green, orange, brown, and maroon. These mats also may detach and become stranded on banks.

If algal mats are observed, children, dogs, and adults are advised to avoid touching or inadvertently ingesting the material. Dogs that have been exposed to the toxic material should be washed immediately, the release stated.

Sonoma County has posted "Toxic Algae Alert" signage at recreational areas. More on the issue can be found here.

"The Spahr Center has a storied 40-year history providing programs and services for Marin's LGBTQ+ and HIV communities," stated Adrian Shanker, a gay man who took over in April as executive director. "We imagine vibrant and thriving LGBTQ+ and HIV communities in Marin, supported and celebrated by our robust variety of programs and services. This logo not only better reflects who we are today but also our aspirations for who we plan to be in the future."

"It was our pleasure to support the Spahr Center with the branding and design of their new logo," Bellingham stated. "As an LGBTQ+-owned business, we are honored to lend a hand to an organization that supports and unites our community."