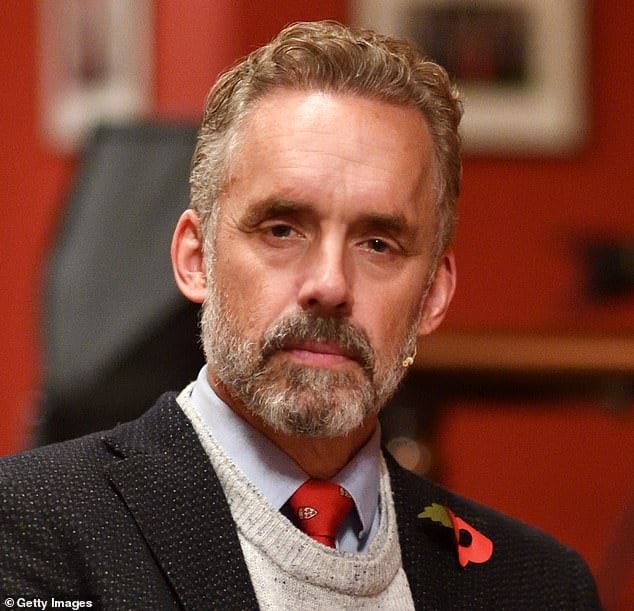 'Not the ideal of athletic beauty': Dr. Jordan Peterson doubles down on criticism of plus-size Sports Illustrated model - and says 'confused gay kids are being convinced they're transsexual'

By Vanessa Serna For Dailymail.Com

Anti-woke Canadian psychologist Jordan Peterson has defended a tweet where he said a plus-sized model in Sports Illustrated was 'not beautiful' because he doesn't think she is 'the ideal of athletic beauty'.

Peterson, who faced backlash for his tweet in May, told The Telegraph in a new interview that the tweet was 'not a mistake' or the reason why he decided not to use the platform.

He initially tweeted a photo of model Yumi Nu, stating: 'Sorry. Not beautiful. And no amount of authoritarian tolerance is going to change that.'

Peterson told The Telegraph: 'The use of that model, who was not athletic (remember: SPORTS Illustrated) was manipulative economically and in relation to the model herself (although she participated in her own exploitation),' he told The Telegraph.

'Beauty is an ideal. Almost all of us fall short of an ideal. I'm not willing to sacrifice any ideal to faux compassion. Period. And certainly not the ideal of athletic beauty.'

He added that he deleted his Twitter account from his personal devices to prevent him 'from reading comments from anonymous trolls' that insisted he was 'a white supremacist' and a 'transphobe'. 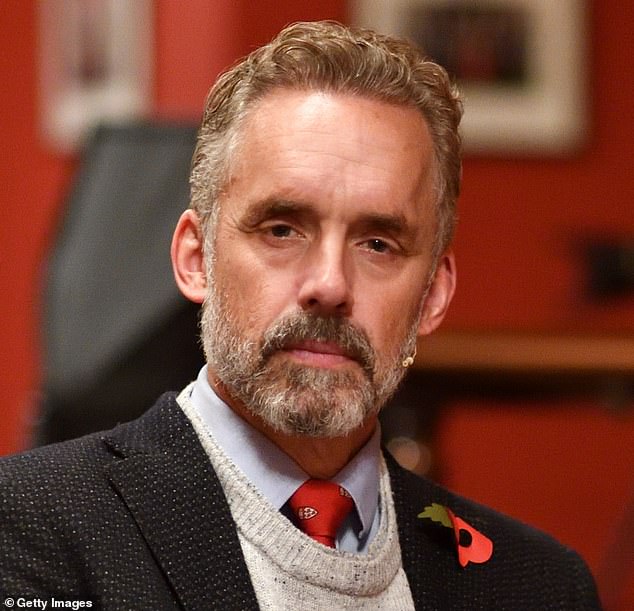 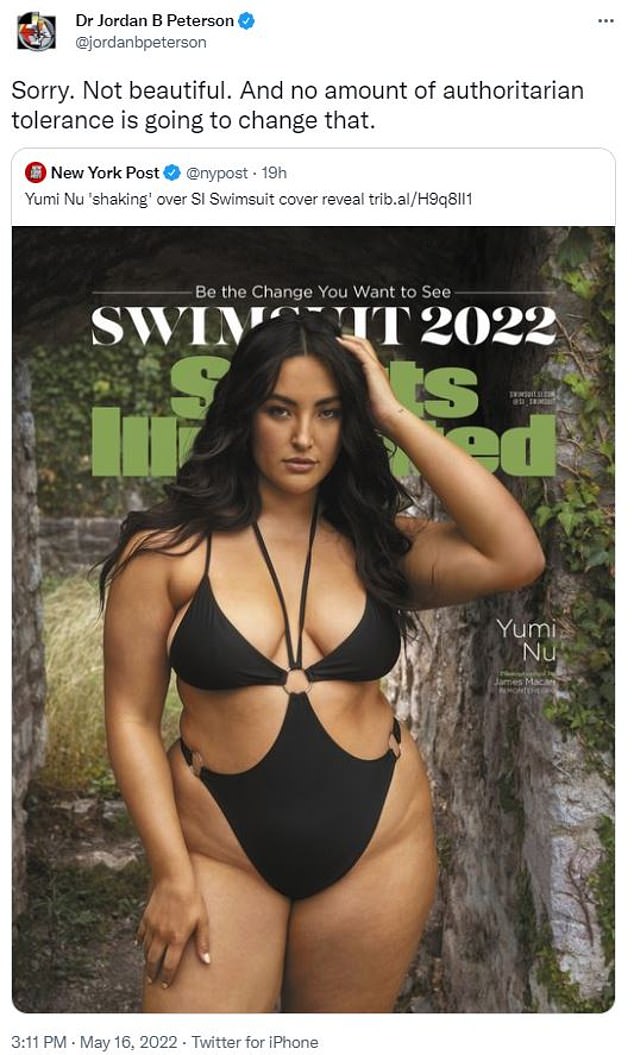 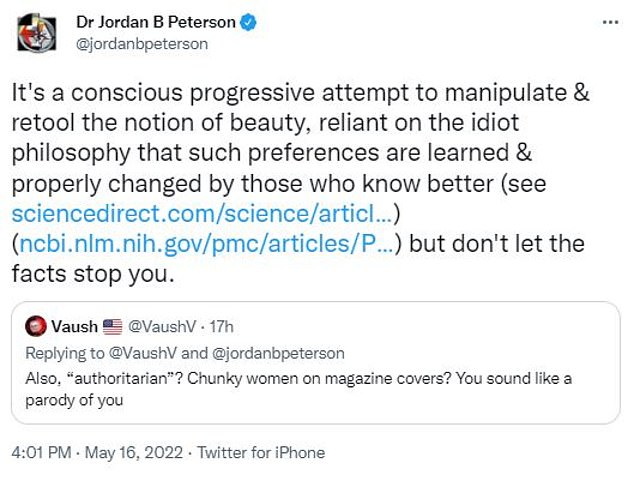 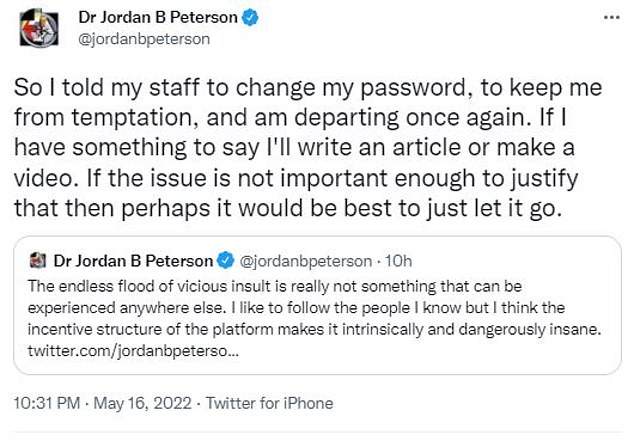 In the same interview, Peterson once again spoke out about his controversial political ideologies in relation to the LGBTQIA community - who he reportedly calls 'the alphabet people.'

The former psychologist claimed that many people are 'confused' about their 'sexual identities.'

Peterson argued that some men and women become confused because they notice personality traits of the opposite gender within themselves.

'So the idea that there is fluidity and there is overlap in gender personality is true,' he said. 'What isn't true is that this means you're in the wrong body, and that's not true even a bit.'

He added, 'the radical types' notion of gender is completely empty.' Peterson went on to explain how some women can claim they feel like a man, but argue they can't know if they do because they aren't.

'Gender is what you feel. Ok, what do you mean by "feel?" "I feel like I'm a man" Well, how do you know, because you aren't,' he explained of his logic.

Peterson said there are many gay adolescents that 'are being convinced they're transsexual' - claiming 'That's not so good for gay people.'

When people have approached Peterson about their sexual identities, the psychologist said that, rather than telling them what they should do, he helps them find the solution.

'The right way to handle that therapeutically is to say, “OK, I don’t know what the hell is best for you, and clearly you don’t either because you’re confused. So let’s evaluate the whole range of possibilities before we do anything precipitous, let alone surgical.”'

Peterson is actively outspoken about his views on trans people and was suspended on Twitter Thursday after tweeting that transgender Umbrella Academy star Elliot Page had his 'breasts removed by a criminal physician' - a tweet he allegedly refuses to delete, according to Conservative Political Commentator Dave Rubin. 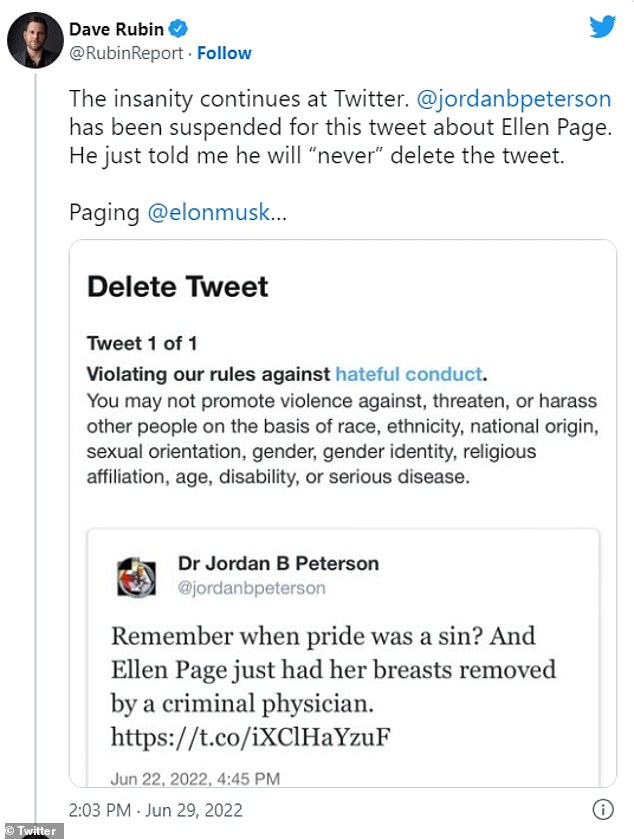 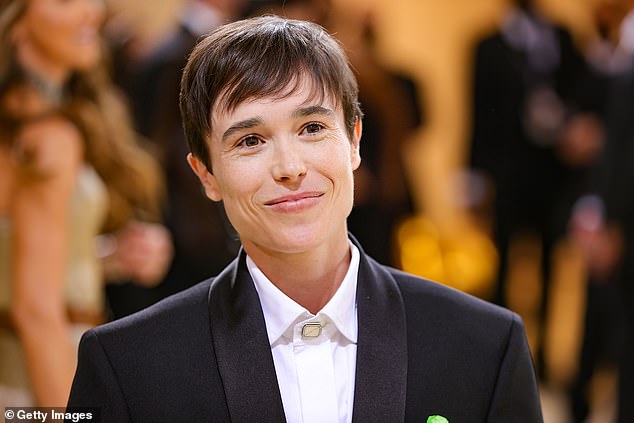 Page - who previously went by the name Ellen before announcing his transition in 2020 -  was criticized by Peterson the day the Netflix series aired it's third season on June 22.

Netflix integrated Page's transition into the show, changing his character's name from Vanya to Viktor, while also allowing for Page's character to briefly explain why he transitioned.

'Remember when pride was a sin? And Ellen Page just had her breast removed by a criminal physician,' Peterson tweeted.

Peterson's controversies have dated back to 2016 - beginning with Canadian legislation that would ban discrimination based on 'gender identity or expression.

He argued that it would threaten free speech - but said he would use people's preferred pronouns if they asked.

The latest in a long line of controversies: Inside Dr. Peterson's past scandals

2016: Slammed proposed Canadian legislation that would ban discrimination based on 'gender identity or gender expression', claiming it would threaten free speech

2017: Claimed that 'the idea of white privilege is absolutely reprehensible' because 'most people have all sorts of privilege'

2018: Told British TV network Channel 4 that men need to 'grow the hell up' and 'adopt responsibility' while discussing the crisis of masculinity. Also claimed that the gender pay gap was not 'only due to sex'

2020: Peterson's daughter Mikhaila revealed that he had been hospitalized in Russia after developing a severe dependence on anti-anxiety medication benzodiazepines. She claimed that he 'nearly died several times... from what the medical system did to him in the West'

Late 2020: Staff at Penguin Random House Canada attempt to block the publication of his self-help book Beyond Order: 12 More Rules for Life, slamming Peterson as an 'icon of white supremacy and hate speech'

2021: Tells The Sunday Times that he had become suicidal as a result of his benzodiazepine dependence and shared that he had to be put in an induced coma while hospitalized in Russia

May 2022: Calls plus-size Sports Illustrated Swimsuit cover model 'not beautiful,' and further claiming 'no amount of authoritarian tolerance is going to change that.'