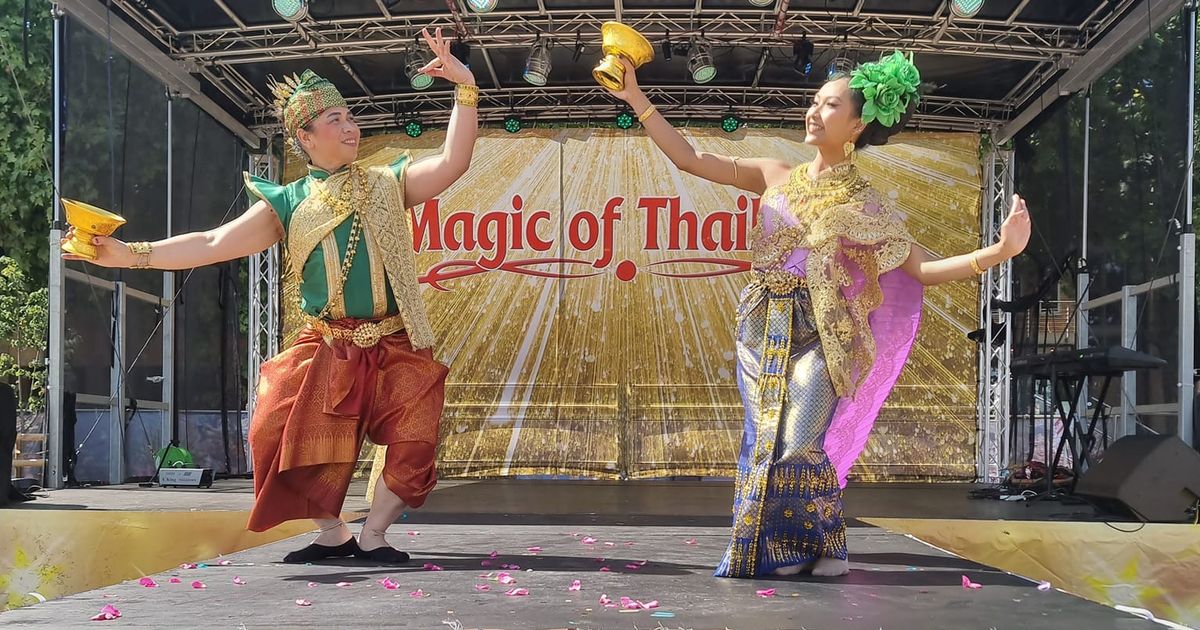 This weekend the 'Magic of Thailand' festival returned to Cambridge for the first time after a five year hiatus. The weather on Saturday and Sunday (August 6-7) was as hot as the sizzling Thai cuisine and spectacular performances, creating a great environment.

The day included a glut of traditional performances and music from all over Thailand, including a Buddhist monk blessing ceremony. There were also Thai boxing (Muay Thai) demonstrations, ladyboy shows, Thai massages, and an ‘I’m British, Get me out of here’ competition.

Crowds gathered to watch the various acts perform, and seemed to be in great spirits. Many of the well prepared brought along umbrellas for the day to shelter them from the sweltering sun.

Get more Cambridge news from CambridgeshireLive straight to your inbox for free HERE.

It was also billed as a day for the family, with children's rides - however, as a little one you would've been probably quite surprised by some of the acts on show. To get a taste of the Thai celebrations, scroll down to see photos from the day: