Known for its beautiful beaches, lush terraced rice fields and laid-back vibes, Bali is a popular holiday destination for Singaporeans.

One couple evidently thought so, renting a villa on that beautiful tropical island for a romantic week-long getaway for their honeymoon.

But Fatin Kamari and Fadhil Yusoff's privacy were intruded on Aug 26 by an uninvited guest while they were fast asleep.

Speaking to AsiaOne on Wednesday (Oct 5), Fatin shared that their two-storey villa at Canggu was burgled on the fourth day of the trip at around 5.30am.

"I was awakened by a sound but I brushed it off. But when we wanted to shower [later in the day], the whole bag of toiletries and my make-up items were gone," the 26-year-old said, adding that the other missing items valued slightly over $1,000 included an Apple watch, a pair of brand new slippers and the villa’s Bluetooth speakers.

After lodging a police report and alerting the villa's staff, Fatin shared that CCTV footage from the entrance of the apartment "clearly showed" a drunk person breaking into the property by stepping on the door of a distribution box outside and landing on a sun bed by the pool.

In the video, she described the person as a 'ladyboy'.

Describing how they continued to stay there since it was a hassle to find another accommodation, Fatin said: "We felt a little traumatised on the first night after the break in.

"We brought up some utensils from the kitchen to the bedroom to defend ourselves in case the culprit came back again."

But on the last day of their trip, around three hours before their flight home, the Indonesian police called the couple with a piece of good news.

"They told us they found the culprit and our missing stuff," Fatin said.

But the downside? The police allegedly told the couple that they were not allowed to bring the items back to Singapore or else the culprit will be released, Fatin shared.

She added that they can only collect their items some three months later.

But the villa has given them a complimentary one-night stay should they choose to return to Bali then, she said, adding that she and her husband have not decided whether to do so.

That aside, this incident "didn't ruin anything", the relieved woman shared.

"It was a memory we could look back to and laugh about. We enjoyed ourselves very much and I still love Bali," she added.

With the TikTok video that they shared on Tuesday (Oct 4) about their experience garnering over 100,000 views, several netizens shared their own concerns with their safety in Bali.

"Oh my God, that's the villa I'm going to next week," a netizen said, while another wanted the couple to "name and shame” the villa. 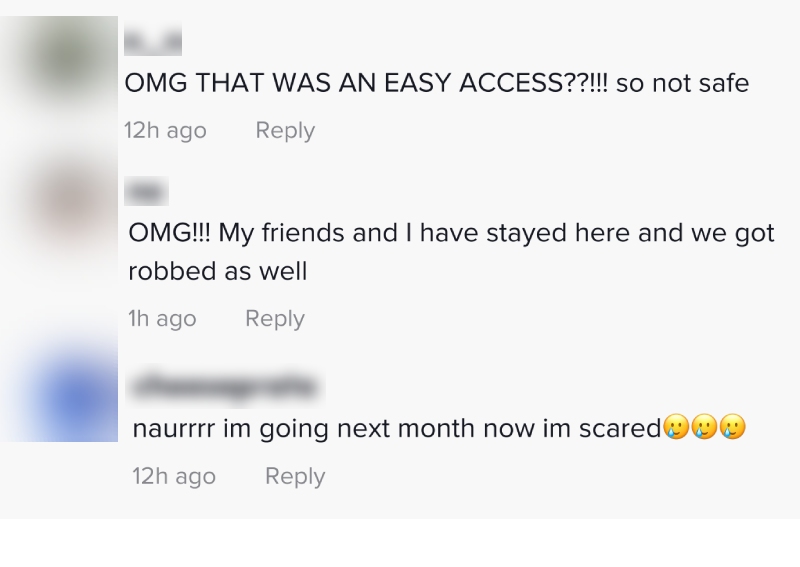 Other netizens were relieved that the couple was safe and sound after the unfortunate incident. 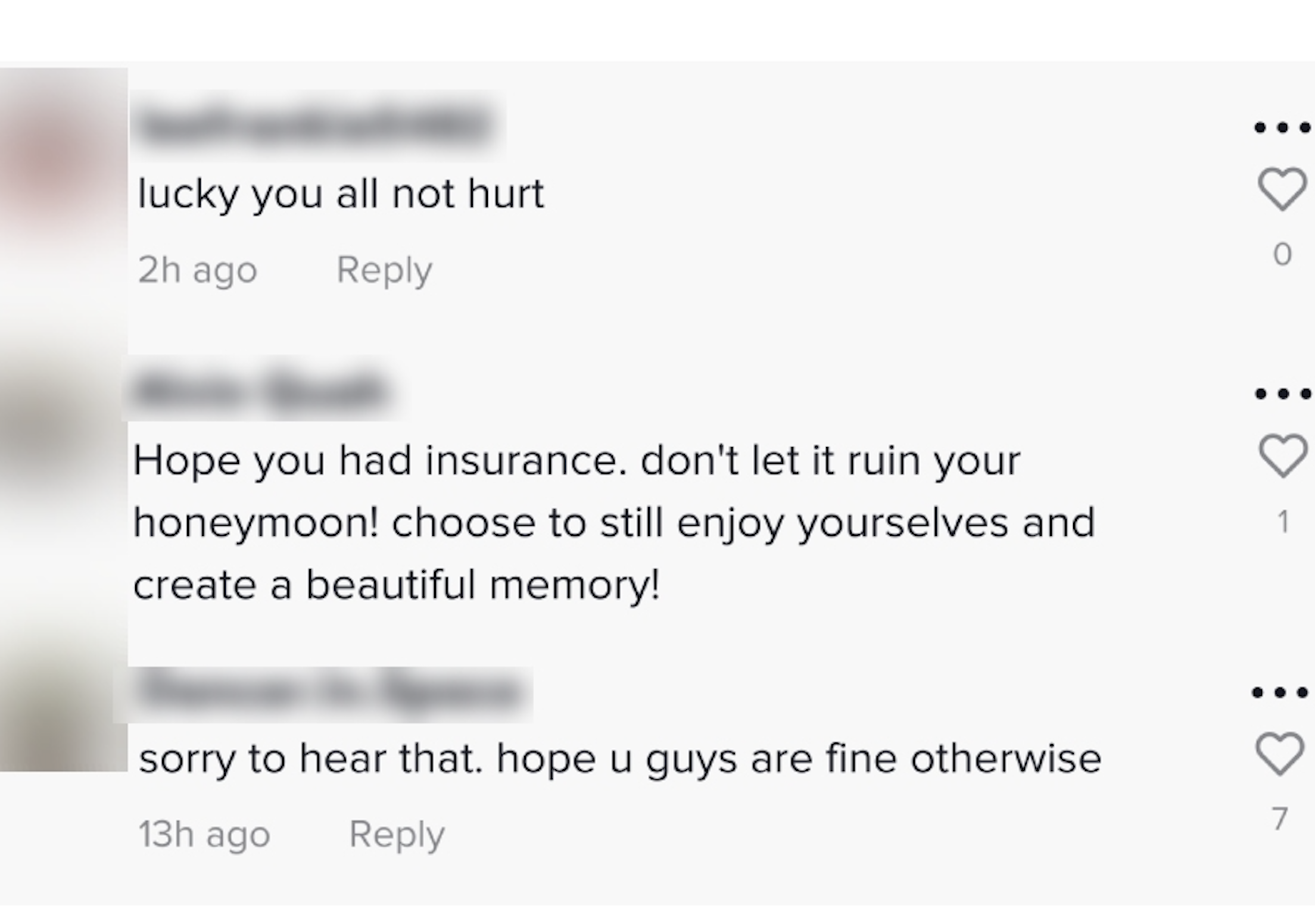 In response to a netizen's comment about being scared travelling to Bali, the couple posted: "Don't be! Bali is amazing. Just keep your valuables with you at ALL times".

In another incident of an intruder breaking into a rented villa in Bali, a Singaporean man shared how a taxi driver was caught scaling the walls of his Airbnb home.

Kai, who was on holiday with his friends in May, said that the intruder tried to force his way after bringing the group back from a boozy night out.

And in August, a couple's two Rolex watches worth $42,000 were stolen after their Airbnb villa at Ibiza in Spain was broken into.

Nightclub DJ and influencer Peggy Heng said in a TikTok video that she and her husband had gotten their matching watches as wedding gifts for their honeymoon.

"Traumatised for life," Heng wrote in the video captions, while adding that the police at the scene refused to help them track down the stolen luggage.