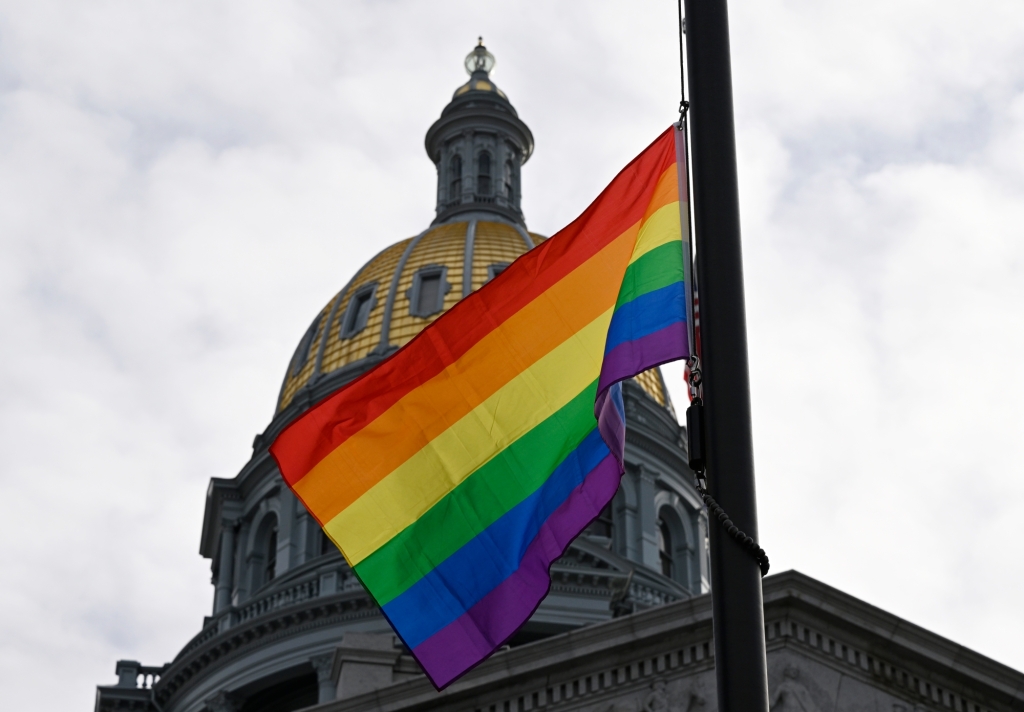 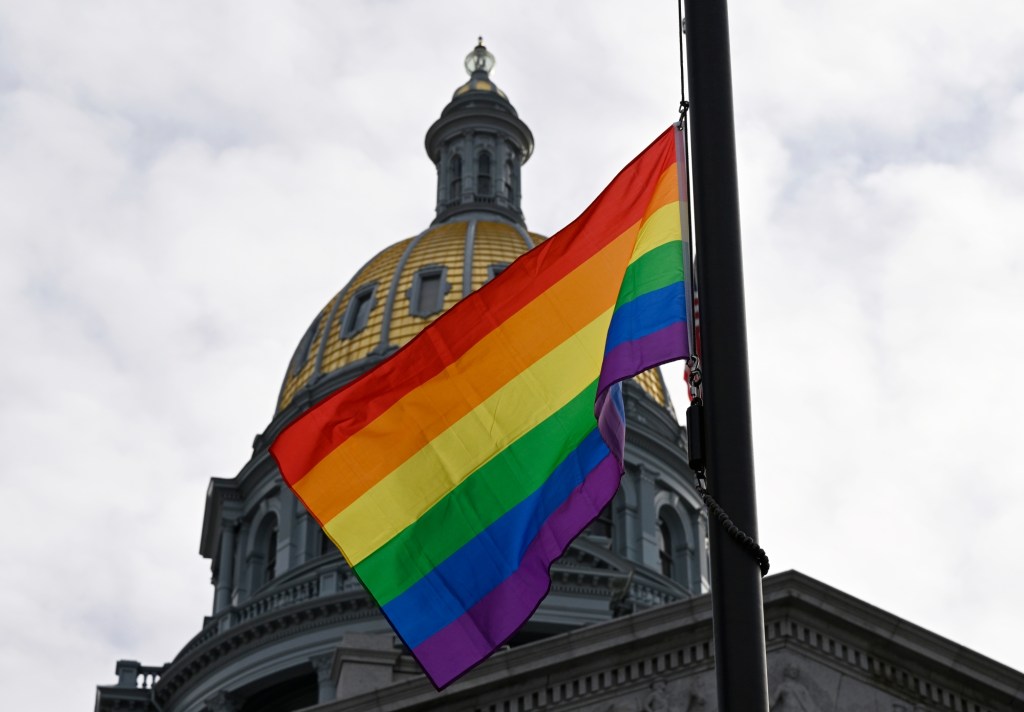 Agua Perrodin does not dream of fame or riches. The 23-year-old transgender woman in Colorado Springs simply wants to live in peace and safety and one day know the joys of motherhood.

“It’s very hard to imagine a future where I can live the life that I want to live here in the Springs and in this country,” Perrodin said. “There’s very much a fulfilling life I still want to have, but it can feel impossible because when your family turns on you and when your community has decided to paint you as the bad guy and when your country at large decides to focus on other things, what hope is there?”

Anti-transgender rhetoric is at an apex nationally and locally, fomented by years of politicians and pundits pushing bigotry onto a vulnerable group, LGBTQ advocates and mental health experts say.

Examples include Colorado state Board of Education member Steve Durham equating children watching a drag performance to child abuse during a public meeting, Rep. Lauren Boebert this week describing trans women as “men dressing up as caricatures of women” in a radio interview, and Denver’s Archdiocese advising its Catholic schools not to enroll transgender students.

Late Saturday night, a shooter entered an LGBTQ nightclub in Colorado Springs just before the start of Transgender Day of Remembrance, killing five — including two transgender people — and wounding more than a dozen.

“Rhetoric has big consequences,” said Garrett Royer, deputy director of LGBTQ advocacy organization One Colorado. “It’s making youths feel ashamed to be who they are. It’s making folks feel pressure to go back into the closet, and we’re not going to know what those long-term mental health impacts are on the community.”

But there is hope and goodness in the world, said April Owen, clinical psychologist and director of the Transgender Center of the Rockies.

There are resources. There is a community of LGBTQ people and allies who will fight alongside you and allow you to put the armor down and just be, Owen said.

“It can’t be good for anyone’s mental health to continue to have to fight to be told they’re valid, that their needs are real,” Owen said. “It’s a climate that makes people feel erased and judged and not valued, and that just wouldn’t be good for any of us, especially in an ongoing matter. Some people don’t have the ability to wake up and fight every day for getting their basic needs met. It’s very damaging.”

When Reina Hernandez has felt overwhelmed by hateful rhetoric, the 17-year-old transgender Denverite has turned to LGBTQ organizations such as Rainbow Alley, a space for LGBTQ youths hosted by the Center on Colfax, and the Trevor Project’s online chat options.

Hernandez speaks to a therapist and uses art to express herself. The teenager finds joy in painting, drawing and photography.

“I had previously tried to take my life. And then I realized that I only live once and I should live in a life that I’m truly happy living and I should be my authentic self without fear of anything else,” Hernandez said. “I’m so extremely grateful. I’m so happy in my own skin. I find myself loving every part of myself more and more every day.”

LGBTQ youths are more than four times as likely to attempt suicide than their peers, according to the Centers for Disease Control and Prevention. They are not inherently prone to suicide risk because of their sexual orientation or gender identity, but they face higher risk because of the way they’re treated in society, according to the Trevor Project, a nonprofit organization focused on suicide prevention efforts among LGBTQ youths.

The Trevor Project’s 2022 National Survey on LGBTQ Youth Mental Health found 45% of respondents seriously considered attempting suicide in the past year, including more than half of transgender and nonbinary youths.

If hateful rhetoric feels too overwhelming, Owen said, it’s time to turn off the news. Instead surround yourself with loved ones and found family, she said. When you’re ready, Owen said, mental health professionals at places such as the Transgender Center of the Rockies are available.

“Look at people who have come before us and fought for our rights and helped make progress,” Owen said. “Look at the good politicians like (transgender state lawmaker) Brianna Titone, who are speaking out for our community, and our governor and people who provide support and good voices.”

When Hernandez imagines an ideal future, the teen envisions a world in which she can be her happiest, most authentic self without the looming fear of being killed because of who she is.

“I want basic human rights and respect,” Hernandez said. “I’m tired of being treated like I’m othered or alien. I have human emotions. I live and breathe the same air, and it’s unfair that people like me have to continue to face this oppression.”

She finds strength in activism.

Hernandez testified in front of the state school board during a meeting in which board members voted to restore previously stripped references to learning about LGBTQ history in state social studies standards. Hernandez told the board her existence is not political and her identity should not be up for public debate.

She shared how a night of fun at a school event with her friends last year turned discriminatory after a group of kids started throwing rocks at her, saying she would burn in hell.

“I’m better for it,” Hernandez said. “Developing that kind of thick skin is important because there is so much hate and rhetoric targeted toward us that you can’t really be weak, you know?”

August Caudill knows and wishes others knew, too.

The transgender, nonbinary 15-year-old said they have heard adults call their identity “attention-seeking.”

“They say we’re too young to understand what we want, but I just wish they could see the struggles like the harassment, all of the hurtful and awful things and the everyday living that comes with being queer and trans,” Caudill, of Denver, said. “People aren’t seeking that kind of negative attention. They’re just being who they are.”

“I wish people could just see who I am underneath instead of looking at me and getting angry,” Caudill said.

Since coming out, Perrodin doesn’t have the support of most of her family whose religious beliefs, she said, guide them to exclude her.

She has a few trusted people in her support system who mean the world, Perrodin said, and a job working with dementia patients that inspires her to pursue better caregiving for all.

When Perrodin, who grew up in Colorado Springs, heard about the Club Q shooting, she said she was sickened but not surprised.

Around 2020 when anti-trans rhetoric was ramping up, Perrodin said she started fearing for her safety so much that it felt dangerous to be herself in public. She stopped going to Club Q, a place where she had once found community.

“It’s a really ugly and horrible thing to be right about, and I wish I wasn’t,” Perrodin said.

“A lot of people don’t want to involve politics in their family holiday celebrations, but sometimes we might need to call out someone who is saying something ugly or wrong or attacking,” Owen said. “Don’t just show the LGBTQ community that you’re an ally; show your family members and friends that these are things straight, cis people care about. I think that makes a world of difference.”

If Perrodin could go back in time and mentor her younger self, who was consumed with shame and anxiety, she wishes she would have said that it’s OK to cross your legs and dress the way you want and love who you want.

“The most helpful thing to hear when I was younger would have been if there is a God, that God should have no desire to control who you are because you are who you are. And anyone that’s trying to tell you to be something else is wrong,” Perrodin said.