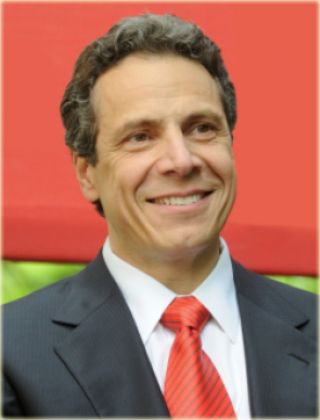 The U.S. District Court for the District of South Carolina entered a consent decree that declares South Carolina's 1988 discriminatory anti-LGBTQ curriculum law unconstitutional and bars its enforcement, according to a joint statement from Campaign for Southern Equality, The National Center for Lesbian Rights, Lambda Legal and South Carolina Equality. The court's decree comes two weeks after a federal lawsuit was filed on behalf of the high school student organization Gender and Sexuality Alliance, as well as the Campaign for Southern Equality and South Carolina Equality Coalition, including their members who are public school students in South Carolina. The statute prohibited any discussion of same-sex relationships in health education in public schools except in the context of sexually transmitted diseases. The consent decree is at NCLRrights.org/2020-03-11-dkt-20-consent-decree-and-judgment.

New York state is changing its policy prohibiting transgender minors from correcting the sex marker on their birth certificates, in a manner consistent with their gender identities, a Lambda Legal press release announced. This news came after Lambda Legal filed a lawsuit against the state last month on behalf of a transgender boy born in Ithaca, New York. "Every person should be recognized and respected for who they are. Today's announcement is a victory for all transgender people in New York. The actions announced today rid the state of a discriminatory and outdated policy and keeps New York rightly among the states leading the country with policies that respect the lives of transgender people," said Omar Gonzalez-Pagan, senior attorney at Lambda Legal and counsel for the lawsuit.

Andrew Gilluma rising star in the Democratic party and a CNN contributorapologized and said he would enter a rehab facility after he was found in a Miami Beach hotel room with a man ( Travis Dyson, 30 ) who overdosed on what police believe was crystal meth, Deadline reported. Gillum, 40, rose to national prominence when he became Florida's first African-American nominee for governor, narrowly losing the November 2018 general election to Republican Ron DeSantis. Gillum, a married father of three, released a statement saying he had too much to drink at a wedding reception, and that he has "never used methamphetamines." Dyson was taken to an area hospital and was in stable condition; police said they are not pursuing charges in the case. The New York Post said Dyson was an openly gay male escort with a profile on RentMen.com .

The annual GLAAD Media Awards ceremony in New York City has been affected by escalating fears of the coronavirus, The Washington Blade noted. The LGBTQ media watchdog announced in a statement it would cancel the event, initially set for March 19, in accordance with health guidance from New York Gov. Andrew Cuomo. Ryan Murphy, the gay creator behind TV hits such as Glee and American Horror Story, was set to be honored at the event, as was actress and LGBTQ-rights supporter Judith Light; Adam Lambert and Ben Platt were set to perform.

Also, the GLAAD Media Awards ceremony in Los Angeles, slated for April 16, has been cancelled, a press release noted. At the 30th Annual GLAAD Media Awards in 2019, BeyoncÃ© and JAY-Z, Andy Cohen, Madonna, and the casts of Pose and Queer Eye were among award recipients and honorees.

The March 28 memorial for the late gay cartoonist Howard Cruse has been postponed to a later date ( in response to the COVID-19 outbreak ), a media release noted. It was to be held in New York City at The LGBT Community Center. Cruse, a veteran LGBTQ- and civil-rights activist, was the author of the award-winning graphic novel Stuck Rubber Baby, a semi-autobiographical epic about race and sexuality in the South during the 1960s. Stuck Rubber Baby will be reissued in a 25th-anniversary edition by First Second Books in May. Cruse died Nov. 26 at the age of 75, succumbing to complications from lymphoma.

The coronavirus pandemic has claimed another major event: L.A. Gay Pridewhich wasn't supposed to take place until June 12-14, The Hollywood Reporter noted. "Due to the concerns of COVID-19, [event organizer Christopher Street West] will postpone all events related to the 50th Anniversary of LA Pride that were scheduled for June 2020," read a tweet. "Organizers are assessing the situation. More information to be provided around the postponement as details become available." More than 200,000 typically turn out over the weekend for street fairs, celebrities, performances and a colorful parade.

An estimated 10,000 LGBTQ people partied at the Winter Party in Miami, which was held as scheduled in Miami despite public health warnings to limit or cancel large gatherings of people to stop the spread of the diseaseand one partygoer has since tested positive for COVID-19, LGBTQ Nation noted. The Winter Party is one of the highlights of the LGBTQ dance party circuit. It has been held annually since 1994 and is a fundraiser for the National LGBTQ Task Force, and this year it was held March 4-10.

AIDS Healthcare Foundation ( AHF )the presenter of the annual AIDS Walk & Musicfest, scheduled to take place on Saturday, March 21 at South Beach Park in Fort Lauderdale Beach, Florida postponed the event in response to the COVID-19 pandemic, a press release noted. AHF added, "We look forward to coming together once a new date for the walk has been confirmed and will convey any information about the rescheduled date by email and on our web page, www.floridaaidswalk.org, as soon as we have more information."

The Arizona House of Representatives passed a controversial bill that aims to ban transgender female athletes from participating in girls' school sports, CBS News reported. The bill, HB 2706, would require female athletes to prove their biological sex with a signed doctor's note following genetic testing if another student athlete disputed it. If signed into law, the ban would apply to all students in the state through college.

Fair and Equal Michigan collected its 100,000th signature on the road to the 340,047 required to introduce a citizens' bill in the state legislature that would amend the state Elliott-Larsen Civil Rights Act to protect LGBTQs from discrimination, PrideSource.com noted. Should the required amount of signatures be collected, the legislature will then have 40 days to adopt the initiative as written or send it for voters to decide in the November election.

Two lesbian prison officers are suing their state's prison system after they faced years of harassment and taunting from co-workers, LGBTQ Nation noted. Michelle Wood and Sgt. Loretta Smith are a couple and they worked at the Thumb Correctional Facility in Lapeer, Michigan. They say they were harassed, denied a promotion, given bad shifts, and called slurs because they're lesbianand now they're suing the Michigan Department of Corrections ( MDOC ). The MDOC isn't commenting on the case, but stated it is committed to diversity.

In Connecticut, Destiny Waite was arrested after a domestic-violence altercation with her girlfriend turned deadly, LGBTQ Nation noted. Waite threw a flaming bottle of hand sanitizer at her partnerand caught the apartment building on fire. Four other people were sent to the hospital with critical injuries.

Newly installed Disney CEO Bob Chapek had the first harrowing media moment of his new position, as he pushed back against Caroline Farrow during a shareholder meeting, Queerty noted. During the meeting, Farrow confronted Chapek, claiming "the way you currently promote LGBT ideology in many of your products for children" has damaged the Disney brand.

Lexus will be the premiere sponsor of the 2020 GPL polo tournament, a press release noted. The Lexus International Gay Polo TournamentPresented by Douglas Elliman Real Estate is slated to take place April 2-5, although that may very well change because of the COVID-19 outbreak. If it happens, the event will take place at the International Polo Club Palm Beach's Field One, in Wellington, Florida.