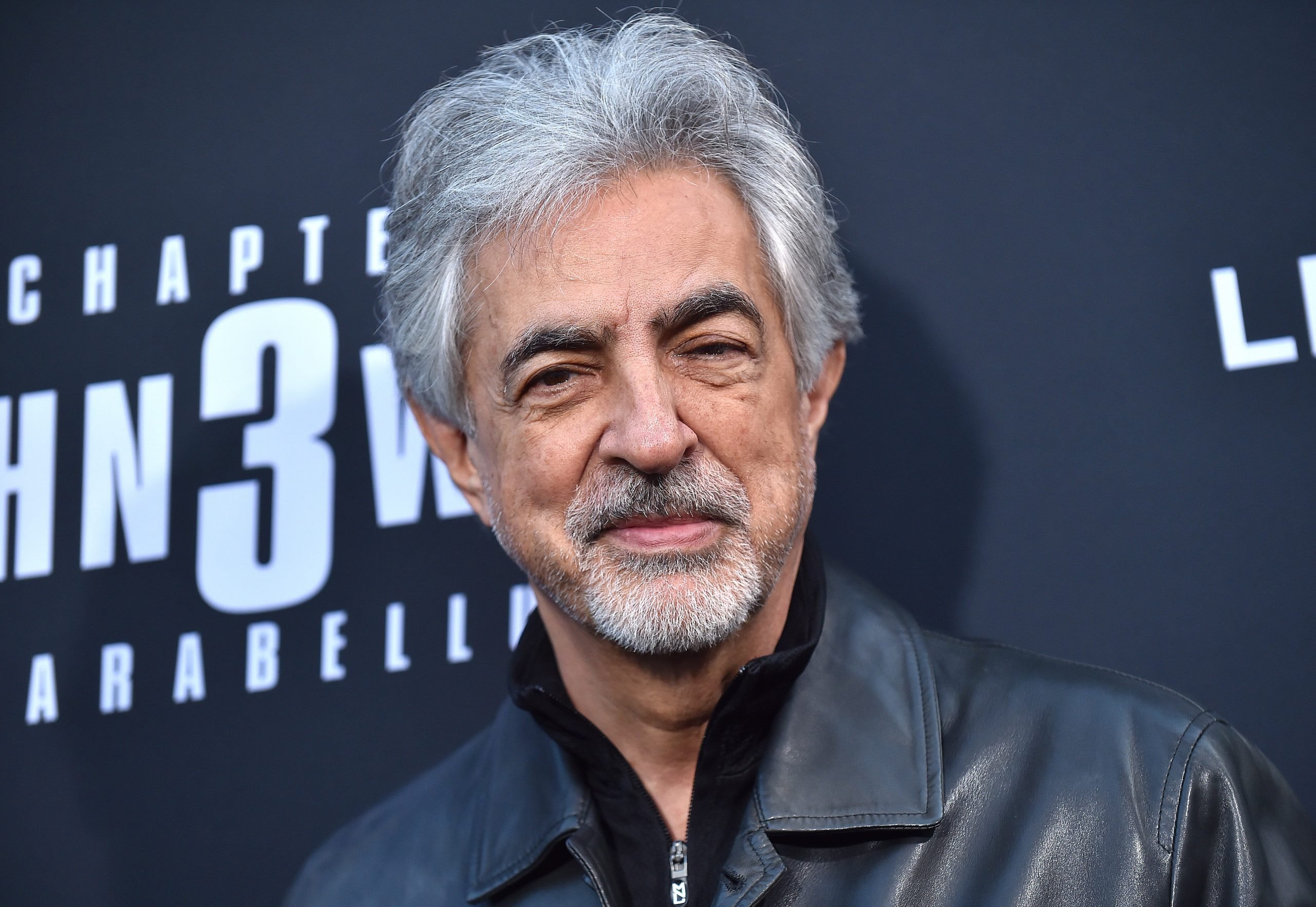 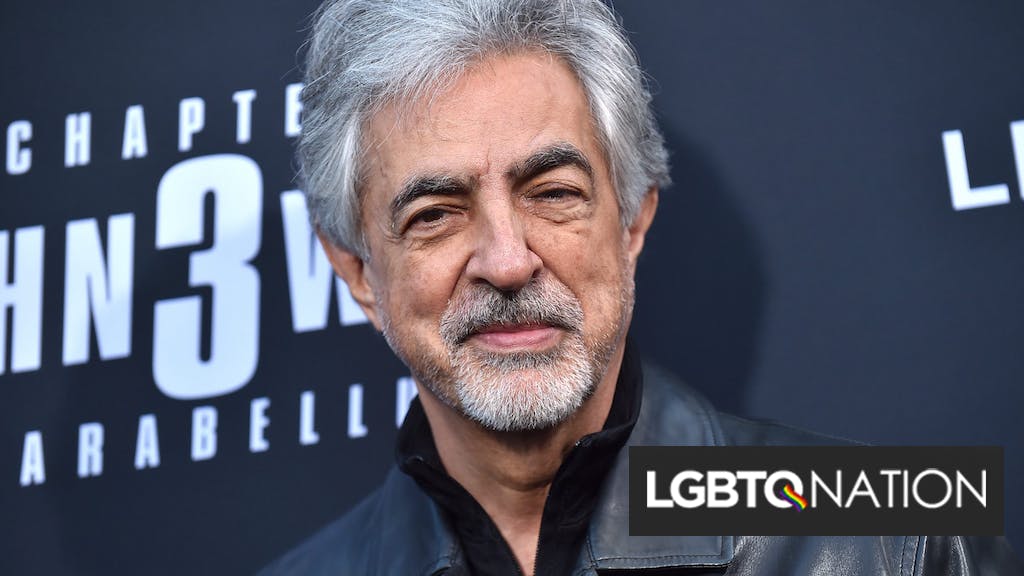 The TV series Criminal Minds recently ended its 15-year run on CBS.  The final episode was acceptable – nowhere near as bad as that of Married…With Children (which was no finale at all but two random episodes stitched together with no apparent purpose) but it was certainly no M*A*S*H, Newhart or Sopranos.

I knew of Criminal Minds’ existence early on but never watched an episode until my spouse and I began binging it last year.  Early on its notable male lead was Mandy Patinkin, but he left midway through the third season. Taking his place was Joe Mantegna and that leads us to a story about his connection to the denigration of transgender women.

I first recall seeing Mantegna in The Godfather Part III.  He played Joey Zasa, a rival to the aging Michael Corleone and, in general, a real piece of work.  No one cried when Zasa died and, when I saw the movie on opening day 30 years ago, a few people in the theater actually cheered.

Mantegna did a good job hosting Saturday Night Live in connection to the opening of the flick, but the next thing I remember seeing him in was the series First Monday, which debuted in mid-January 2002. It was off the air by May.

It shouldn’t have made it to February.

Mantegna played Joseph Novelli, newly-appointed to the U.S. Supreme Court as an associate justice. James Garner was Chief Justice Thomas Brankin, a pastiche of William Rehnquist. Charles Durning was an old conservative associate justice, something of a mutation of his Dolph Briscoe knock-off from The Best Little Whorehouse in Texas.

Great actors all (yes, including Garner; he rarely got the credit he deserved).

But the problem with First Monday was not the acting. It was the writing – and perhaps whatever the writers were smoking when they came up with the script for the premiere episode of a series that was being touted as a Supreme Court analogue to The West Wing‘s examination of the inner workings of the White House.

Night Court better served that role than did First Monday, which tried to be edgy out of the gate by dealing with the death penalty and trans issues, failing miserably at both.

The former I won’t even discuss here because that part of the episode actually was more preposterous than the trans portion – and that really is saying something given how horrid that trans portion was.

The legal aspect of the trans storyline was an insult to the entire notion of appellate court practice as well as to trans women.  As Lori Buckwalter noted in her contemporary review of the episode, it was “a poorly padded beating by a blunt intellectual instrument.”

The case being heard by CBS’s fictional Supreme Court involved a trans character seeking asylum in the U.S.

Nothing unusual about that as a legal matter (albeit not necessarily as a SCOTUS case).  In general, it’s a real situation that, sadly, plays out every day, though in much uglier ways under the Trump Administration than even in the George W. Bush era.

But we learn that the attorney stepping up to argue the case in front of the full court had only learned about the case the night before.

So, immediately, the writers are conveying to America that a full U.S. Supreme Court argument on the merits of a case with constitutional implications differs from a typical Monday morning DWI arraignment in any local court in any county in any state only in that there are nine judges present instead of one.

The arguments go badly and are written as if to purposely sow discord among trans people by hierarchically distinguishing between fully-transitioned (presumably post-op) transsexual women and an individual who is “just a transvestite.” The episode doesn’t disclose how the case ultimately ended – but the laughter from the justices tells any viewer all they really need to know on that point.

And it gets worse still.

Did I mention that the attorney who represented the “transvestite” was an incredibly attractive woman? She caught the eye of a conservative law clerk who, immediately after the oral arguments, hits on her for a date – which took place at some unnamed D.C. salsa dancing venue.

Did I mention that the attorney herself was trans?  Granted, anyone with any familiarity with media misrepresentations of trans issues or just how television writers try to go overboard to gin up ratings in general (much less with obscenely over-touted premiere episodes) likely suspected this was where it was all going as soon as she began her argument to the court.

Of course, the conservative law clerk didn’t know and, quicker than you can say The Crying Game, the salsa dancing gave way to the attorney telling him she was trans – with a seemingly computer-generated multi-octave voice-drop.

“How can it be conscionable,” Buckwalter asked, “to leave the largely uncontested impression that we trans folk are ridiculous and available for verbal abuse in public, even in the nation’s highest judicial venue?”

It isn’t. But think about the context. The atrocity that was the first of First Monday’s thirteen episodes came on the heels of the wonderful character of Prof. Erica Bettis (whose very existence did even more than real-life trans academics to inspire me to pursue a Ph.D.) being disappeared sans explanation from The Education of Max Bickford.

Are things that much better 18 years later?

Yes, there is Orange Is The New Black. But then there’s also Dallas Buyers Club.

The greater concern now is not dramas and comedies but the largely uncontested transphobia that people who claim they are being silenced are allowed to prominently position in newspapers. And then there is the matter of Der Stürmer-caliber cartoons followed by non-believable apologies that, even if genuine, can never un-ring the transphobia permission bell.

Currently, this is a much greater problem in England than it is here. But just wait.

Between the openly conservative propaganda outlets and the quasi-legitimate ones with young, desperate journalism grads looking to make their bones by defying political correctness by picking on all-but-defenseless identifiable groups of people…

By comparison, First Monday will seem like Inherit the Wind.

Read this on Entertainment